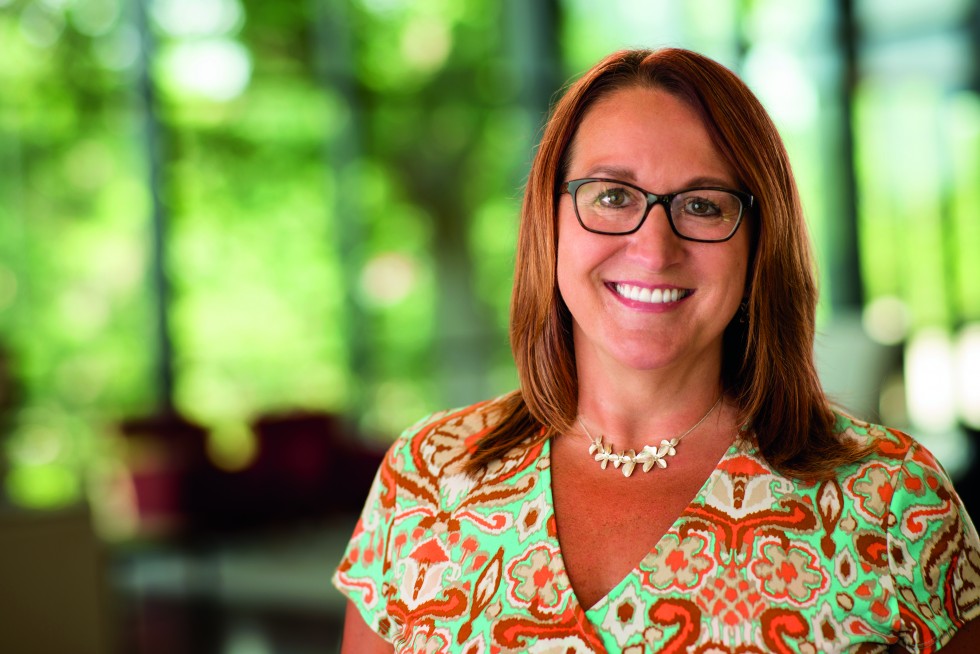 Teaching around the U.S. at more than four seminaries, the Rev. Dr. Karoline M. Lewis will share the importance of relating biblical text to our lives today.

She will serve as Lakeside’s Preacher of the Week from June 18-22, during the 97th Annual Lutheran Chautauqua Week. She will preach at the Hoover Community Worship Service at 10:30 a.m. Sunday, June 18 in Hoover Auditorium. Her sermon, “Neither on This Mountain Nor in Jerusalem,” is based on John 4:19-26.

The Rev. Dr. Lewis became a faculty member of the Luther Seminary in 2007, holding the Marbury E. Anderson Chair in Biblical Preaching. She has served in adjunct faculty positions at Augsburg College in Minneapolis, Candler School of Theology in Atlanta and Columbia Theological Seminary in Decatur, Ga.

She received a Master of Divinity from Luther Seminary in 1994 and a Doctor of Philosophy in New Testament studies from Emory University in Atlanta in 2006.

Ordained in the Evangelical Lutheran Church of America in 1999, she began her career as Associate Pastor of Worship & Education at Amazing Grace Lutheran Church in Lawrenceville, Ga., until 2002.

She was also a featured preacher at the Festival of Homiletics in Minneapolis in 2011 and again in Atlanta in 2012.

She authored Rereading the ‘Shepherd Discourse:’ Restoring the Integrity of John 9:39-10:21. She also contributed the introduction and study notes for the Gospel of John in the Lutheran Study Bible and co-authored New Proclamation: Year B, 2009, Easter through Christ the King.

Additionally, she is a contributing writer to www.workingpreacher.org, authoring the weekly column Dear Working Preacher, and she co-hosts the site’s weekly podcast, “Sermon Brainwave.”

During her week at Lakeside, the Rev. Dr. Lewis will preach at 9:15 a.m. Monday-Friday during Faith for Living Hour in Hoover Auditorium. At 7:15 p.m. Tuesday, June 20, she will lead Vespers by the Lake, held on the Pavilion East Deck.

For those who wish to attend the Hoover Community Worship Service, a complimentary Church Pass may be obtained between 7:30-10:30 a.m. Sunday, valid until 3 p.m. A complimentary Faith for Living Hour Pass is available from 8:30-9:15 a.m. Monday-Thursday; valid until 1:30 p.m. Both of these passes include admission for guests and auto.