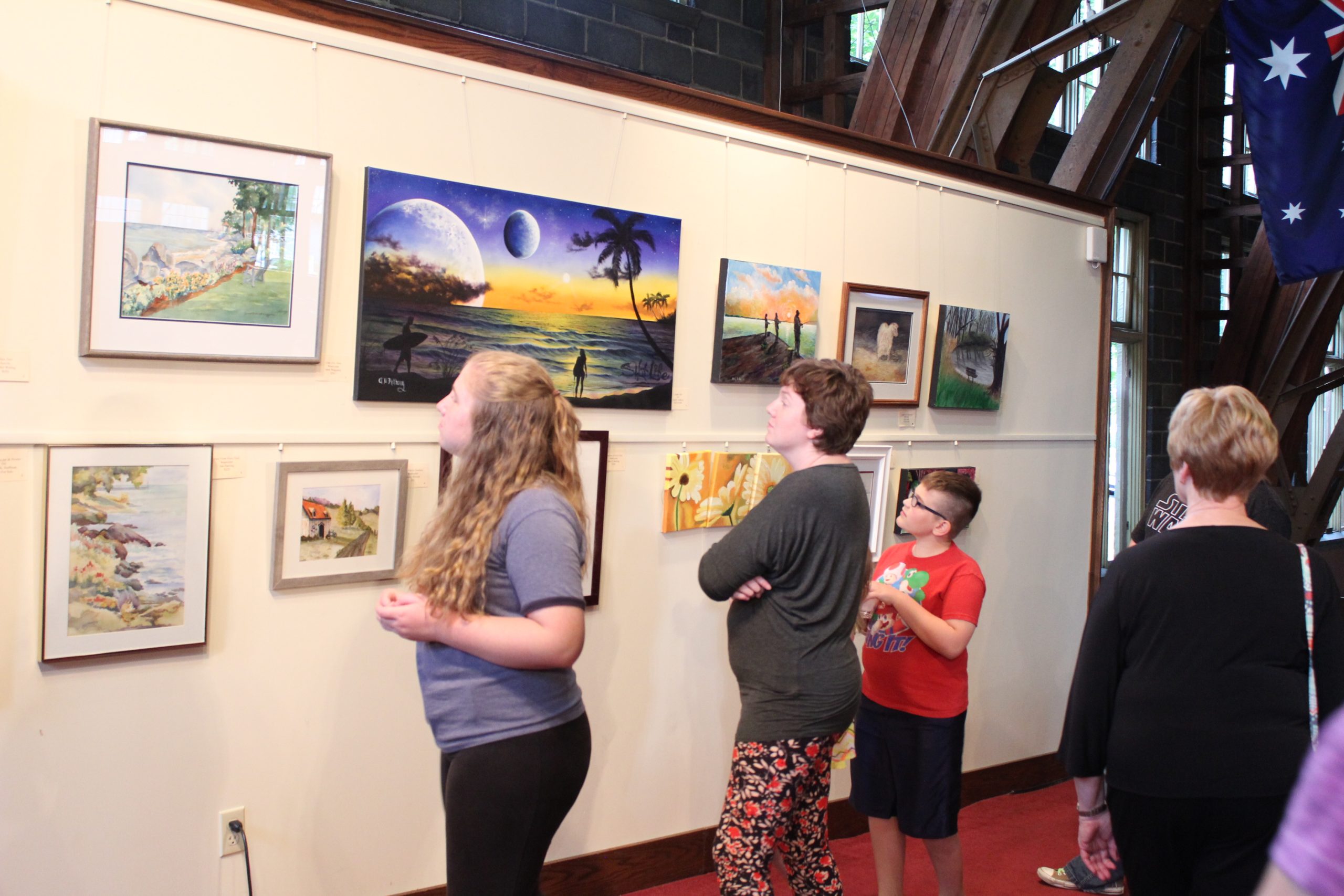 The Lakeside Art Show will display original artwork from Tuesday, July 3-Saturday, July 28 in the lobby of Hoover Auditorium.

In addition to showcasing the talent of local artists of all ages, this year’s show will feature a special retrospect of Neil Glaser, a renowned Lakesider who recently passed away. In memory of him and his many contributions, we are honored to remember him this year at the Lakeside Art Show.

Glaser worked for nearly two decades on the Art Show. He would spend hours helping to organize and hang art for each show. He was also a strong proponent for children’s art work. Recognizing that little hearts and hands are capable of great beauty, he understood the power and impact that art can have on a child’s life.

He also taught for many years at the C. Kirk Rhein, Jr., Center for the Living Arts, typically a two-day water color class, which he excelled with in his personal work. His paintings were known for their clear design and emphasis on the play of light and shadow in the environment. His subjects ranged from rural Ohio landscapes to the rugged coast of Maine and the back country of Florida.

Glaser enjoyed dividing his time between Lakeside and Sanibel, Fla., and was a frequent exhibitor and award winner in juried and invitational shows in both states. His work has reached several galleries in private, public and corporate collections.

Lakeside Art Show submissions will be judged by Bridgette Turner. She is the owner of Turner Studio & Gallery in Columbus. She is past President and current board member of the Ohio Plein Air Society and a member of the Oil Painters of America and the American Impressionist Society. In addition to being a professional artist, she has served as juror for both state and local art leagues.

Turner will award First, Second and Third Place, as well as Honorable Mention in both adult and youth divisions.

Guests to the Art Show can vote for the People’s Choice Award, the winner of which will be announced during the final week of the show.

Lakeside staff members will select the recipient of the Laura J. Werden Lakeside Award, which will be given to the piece that best depicts a Lakeside image or scene. Werden, the namesake of this award, directed and organized the annual Lakeside Art Exhibit from 1956-1999.

The show’s opening reception will take place at 7:15 p.m. Tuesday, July 3 in the lobby of Hoover Auditorium. This reception is an opportunity to meet the award-winning artists and the first chance to purchase original artwork.

Guests may also view the show and purchase artwork a half-hour prior to all Sunday Hoover Community Worship Services and Hoover Auditorium evening performances, as well as Sundays, Tuesdays and Thursdays from 3-5 p.m.

The deadline to submit is Wednesday, June 27. All ages are welcome, especially children (age 12 & under) and teens (ages 13-18), as their work has become a highlight of this show. To register, complete the 2018 Lakeside Art Show Registration form  at www.lakesideohio.com/artshow. For questions, contact programming@lakesideohio.com or (419) 798-4461, ext. 347.

What to Pack for Your Lakeside Vacation