Day 7: Nablus in the West Bank 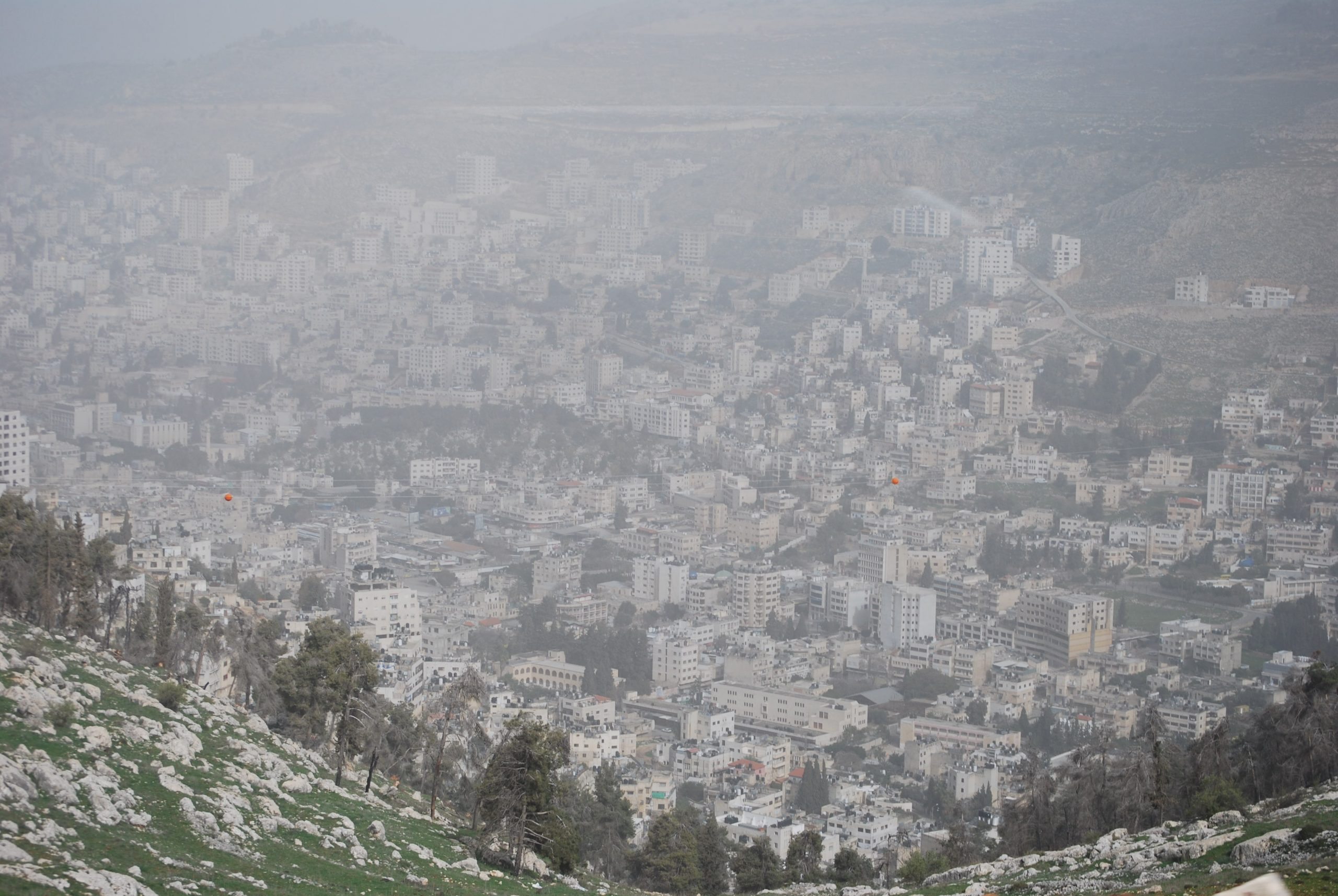 Our trip began in on northern end of the West Bank of the Jordan River overlooking the city of Nablus. From our viewpoint, we were able to see Jacob’s Well, where Jesus rested and spoke to the Samaritan woman. FJ also pointed out Mount Gerizim and Mount Ebal, which is the highest point in the West Bank. These mountains were presented to the people that Moses had led from Egypt, and they were instructed to designate Mount Gerizim as the mount to pronounce blessings, and Mount Ebal to pronounce curses.

All the Israelites, with their elders, officials and judges, were standing on both sides of the ark of the covenant of the Lord, facing the Levitical priests who carried it. Both the foreigners living among them and the native-born were there. Half of the people stood in front of Mount Gerizim and half of them in front of Mount Ebal, as Moses the servant of the LORD had formerly commanded when he gave instructions to bless the people of Israel. Afterward, Joshua read all the words of the law-the blessings and the curses-just as it is written in the Book of the Law.

After we finished, we drove through Samaria. The modern Samaritans see themselves as equals in inheritance to the Israelite lineage through the Torah, as do the Jews, and are not antagonistic to Jews in modern times, as they have been described in the Bible. The town was small and the streets were narrow as our bus was winding up the mountain.

We were headed to Jacob’s Well, which is in a Greek Orthodox monastery in the heart of Nablus. As we entered the area, the courtyard and surrounding parameter was full of beautiful potted plants, and the church was filled with breathtaking mosaic art.

Here begins the story about Jesus and the Samarian women.

Now Jesus learned that the Pharisees had heard that he was gaining and baptizing more disciples than John— although in fact it was not Jesus who baptized, but his disciples. So he left Judea and went back once more to Galilee.

Now he had to go through Samaria. So he came to a town in Samaria called Sychar, near the plot of ground Jacob had given to his son Joseph. Jacob’s well was there, and Jesus, tired as he was from the journey, sat down by the well. It was about noon.

When a Samaritan woman came to draw water, Jesus said to her, “Will you give me a drink?”

Jesus normally didn’t come through this place and we don’t know why he did this time. At this place, we find conflict between men and women, Jesus and Samaritans. We also learn that the Samaritan woman becomes the evangelist.

As we stood at the well, we remember that Jesus is the living water. He touches each of our lives.

As we left, children from Nablus were selling olive tree soap. That’s how they earned extra money for their family. Of course many in our group purchased the fragrant soap. 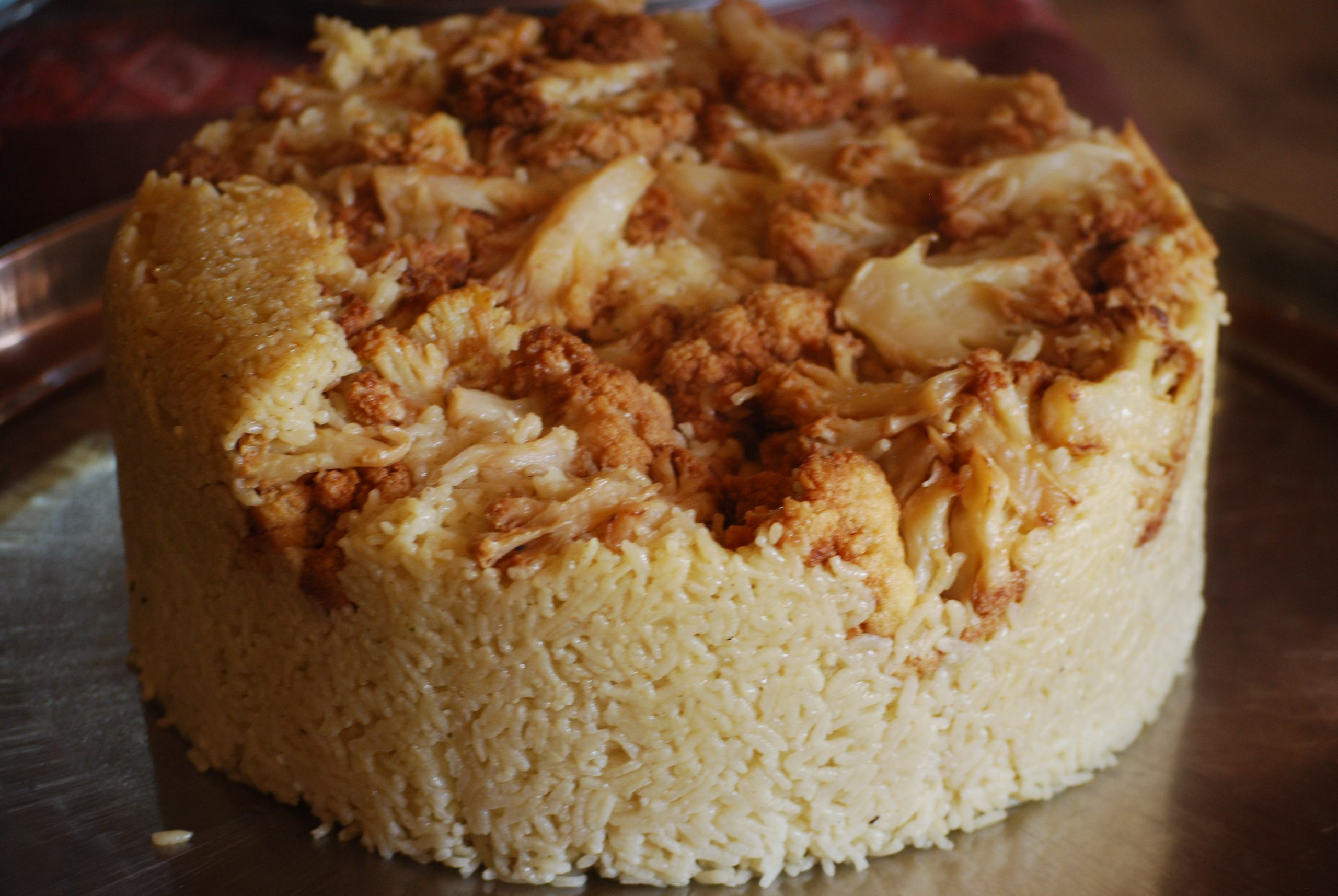 We started with a wonderful traditional lunch in Sebastia. We began the meal with a warm wheat soup and fresh vegetables. We had a traditional dish called maklouba which is rice, chicken, cauliflower and eggplant cooked in a single pot. Once it comes out of the oven, it is flipped upside down and served. In addition, we had chicken flavored with sumac, a spice that comes from the berries of a wild Mediterranean bush. It is an essential ingredient in Arabic cooking and is comparable to the flavor of lemon juice, sour, fruity and astringent.

At Sebastia, it is said that John the Baptist was beheaded here by Herod Antipas.

King Herod heard about this, for Jesus’ name had become well known. Some were saying, “John the Baptist has been raised from the dead, and that is why miraculous powers are at work in him.”

In the ruins in Sebastia, which is a small countryside village, six cultures have been discovered: Canaanite, Israelite, Hellenistic, Herodian, Roman and Byzantine. A theatre and tower were discovered as part of the ruins.

We headed home with a few stops before we made it to the hotel.

Embrace Your Faith at Lakeside