For almost a lifetime, Dwight and Alice King have been a part of the Lakeside community.

Dwight came to Lakeside at the age of 12 to begin construction on his parents’ cottage.  During the Great Depression, his parents did not smoke, but said that if they did, they would have spent 25 cents a day.  So, to fulfill their dream of owning a cottage in Lakeside, they began putting aside 25 cents a day.

After many years of saving, they were able to afford the land and materials to construct a cottage. Dwight, his brother and his father built 417 W. Fifth Street, which, with Dwight’s loving attention, still stands today. 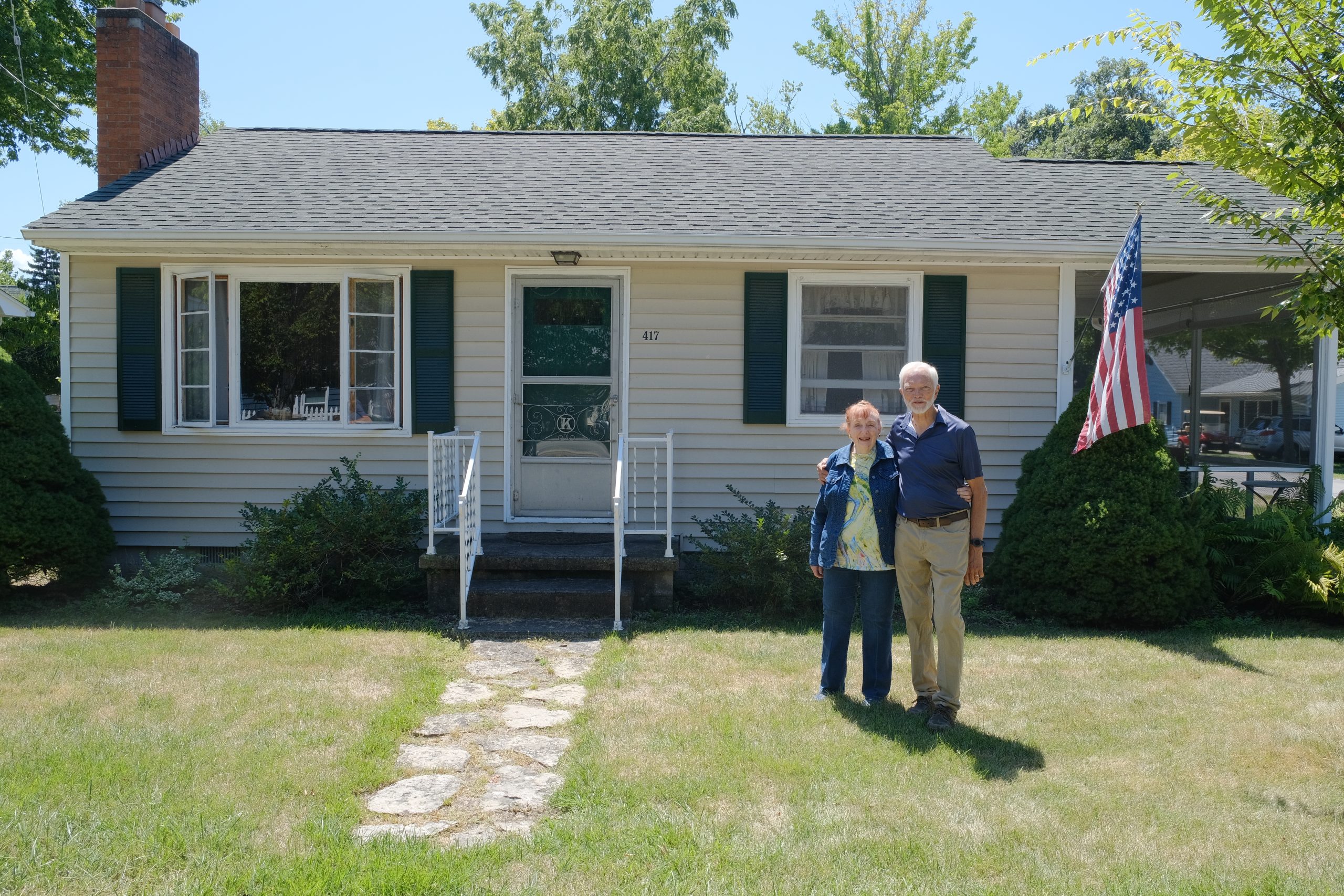 After dating Dwight for a year, Alice first visited Lakeside at the age of 16. The couple would often take walks along the lakefront and on the dock. “Lakeside is a place where, regardless of age, people hold hands,” Dwight notes. The Kings’ most cherished memories at Lakeside are those of their time here as teenagers, walking and holding hands.

The Kings are involved members of the Lakeside community, as well as in their home in Melbourne, Australia. Dwight’s ability to fix things, fostered by his time working on his parent’s cottage, carried him around the world fixing major companies’ biggest problems.

The Kings lived in nine communities during Dwight’s time as a fighter pilot in the United States Air Force and his work in the business world.

Yet, despite many moves, the Kings became involved everywhere they went. Alice explains that they developed a unique mindset after moving so many times, “As we move into a new community, we get involved in our church and our community. We live like we are going to be here for the rest of our lives, even if it’s only six months or a year, because if we don’t, we put our lives on hold. You never know how long you are going to be anywhere; God may have other plans.”

Alice was right; God did have other plans for the Kings. Dwight and Alice expected to stay in Melbourne for five years, but ended up retiring there. They have lived there for almost 25 years.

In Melbourne, Dwight helped start a Christian school. He helped grow the class of 37 students that studied in a temporary building to a robust 1,200-student school. Both Alice and Dwight are extremely active in their Melbourne church community as well.

At Lakeside, the Kings stay busy by enjoying fellowship with other Lakesiders. Alice leads the Women’s Bible Study. She welcomes everyone who wishes to attend and loves to commune in faith with the group. Dwight is a member of the Guys’ Club and Men’s Bible Study and enjoys both the silly as well as the serious fellowship.

The Kings’ love of theatre and music is part of what they love so much about Lakeside. Both Alice and Dwight are very familiar with the performing arts. Alice has acted in more than 43 shows. Dwight has a passion for stage management because, “Stage management is creating illusions that something is there that never really was.”

The Kings’ vision for the future of Lakeside includes renovating Hoover’s Backstage and turning the Schoolhouse into a place for the arts. Dwight says, “Taking on the Backstage project at Hoover was just a natural endeavor for us.”

The Kings not only have a vision for the future of the arts at Lakeside, but choose to volunteer their time. They help lead each Schoolhouse and Hoover Backstage tour. “We are more optimistic [about these projects] than we have been in 20 years. We think this is the right time to move forward with this.”

At first glance, it’s hard to fathom how the Kings have time for enjoying family, taking care of their five cottages and participating in their Melbourne and Lakeside communities. But, Dwight and Alice are self-proclaimed “agents of change,” as individuals, in their careers and especially in their communities. Lakeside is lucky to have them as involved members of our Chautauqua community. 15 Reasons to Intern at Lakeside Chautauqua