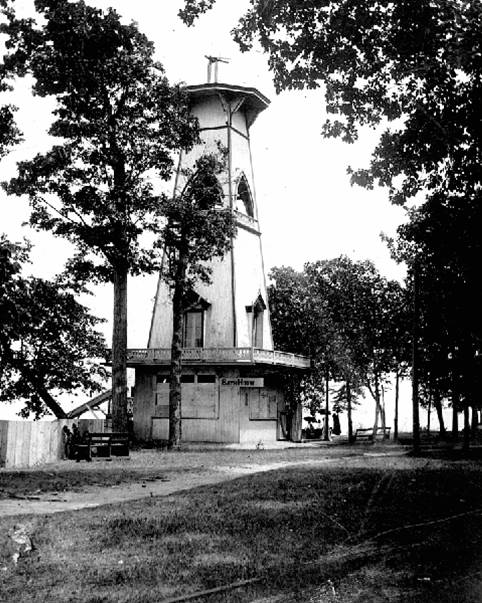 The bell and the windmill tower, which once stood at Lakeside, has played significant roles in the early period of our community’s history.

For many years, the windmill tower welcomed steamships arriving at the dock.

Beginners and longtime artists also gathered at the tower for art classes. Just imagine the beautiful sketches created as they looked out over the Lake Erie shores and islands.

Here a few facts about the bell and the beautiful windmill tower that once stood along Lakeside’s shoreline:

Today, the bell rests where the original tower was built in Lakeside. This bell was made by the McShane Bell Foundry located in Baltimore, Md.

Can you imagine the journey of the bell coming to Lakeside in the 1800s? What do you think Lakeside was like during this time? Share your thoughts with us in the comments below.