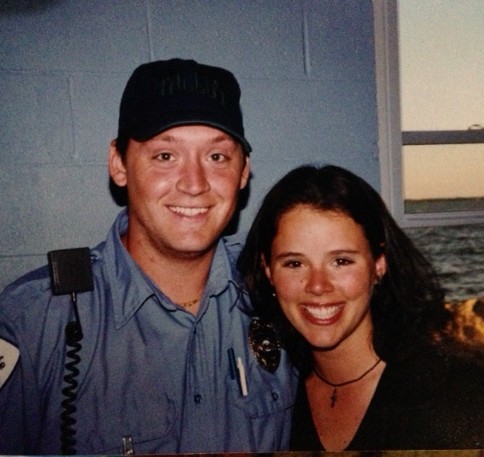 To many Lakesiders, Lakeside Chautauqua is a place that brings families together to reminisce about the past and plan for the future.

Lakesider Betsey Langford is among the many Lakesiders that have been experiencing the Chautauqua way for many years.

Betsey was first introduced to Lakeside when she was 10 years old. At the time, her mother was a delegate for the Methodist Conference in 1988.

Following the conference, her mother immediately called home and attempted to describe this unique place to her husband. Within a short amount of time, the family purchased a cottage and began making lasting memories at Lakeside.

Betsey visited the Chautauqua community every summer and looked forward to seeing current friends and making new ones. Although meeting new people was a common theme for her, she was unaware of the direction it would take her.

After accepting her second summer job at Lakeside, this one as a “putt putt girl,” Betsey met someone very special that was working for Lakeside’s security, Chris Langford.

A summer romance quickly developed between Betsey and Chris in-between security shifts and miniature golf hours. All too quickly the summers would end, but thanks to the special Lakeside connection, the romance would not have to.

“Lakeside for us is part of the glue that held our long distance relationship together,” Betsey shared.

In the years since their “putt putt girl” and security positions, the Langfords got married and had two children that they continue to share Lakeside with.

“Lakeside is the greatest place on Earth,” Betsey shared. “You feel safe. It is the kind of place you can hang out on front porches and play board games; it is old fashioned with good values and has so much to do.”

After years of working at the miniature golf course, Betsey said her favorite thing about working there was, “watching the joy through my children’s eyes.”

“Lakeside’s mini-golf course is the only one in this area with the pretty view and wholesome far-away feeling,” Betsey said. “Grandmas and Grandpas can play with their grandkids, because it is a great recreational activity for all generations to cherish.”

Once Betsey and her family learned of the 2014 #GivingTuesday initiative to enhance the miniature golf course, she said, “In Lakeside, as something starts to be not of a top 10 they fix it right away. Lakeside doesn’t let things sit and rot; instead they make them aesthetically pleasing.”

Save the date for #GivingTuesday on Tuesday, Dec. 2, 2014, and give a special gift to support enhancements to the miniature golf course.

Blue Candy on the Beach