Historic Chautauqua’s are gaining steam. Take a tour of Lakeside Chautauqua in Ohio 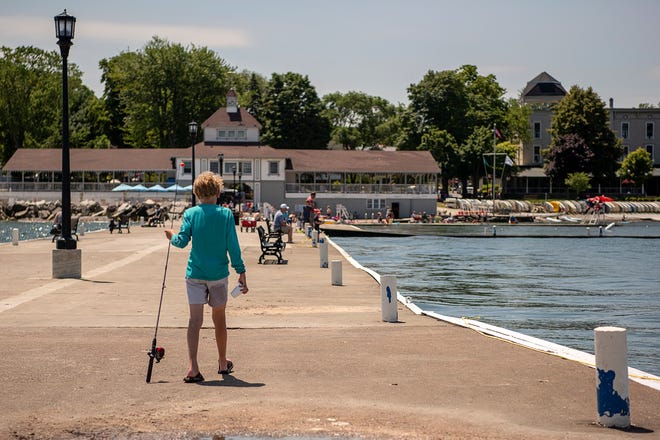 Since the late 19th century, chautauquas have been known as vacation getaways that offer more than recreation. Rooted in religious and secular education, they’re places that promise peaceful, clean fun while permitting an opportunity to renew the body, mind and spirit.

We discovered this magic while visiting Lakeside Chautauqua, a gated community on Ohio’s Marblehead Peninsula, an hour and a half west of Cleveland. Lakeside was founded in the 1870s by a group of scholars, preachers and local residents, and by the 1890s a lasting program of educational enrichment had been established.

Lakeside remains open today to day-trippers and longer-term visitors, boasting hundreds of cute cottages, a 79-room hotel, a cultural arts center, a campground, a concert auditorium, historic movie theater and shopping, dining and recreational opportunities. Not to mention a flowery walkway along the lake that’s deemed “Ohio’s most beautiful mile.”

But the Lake Erie community is more than a traditional vacation destination where you disappear among the crowd. There’s a real sense of community here that offers its own rewards.

It was apparent on the first day of our visit, when my 10-year-old son, Max, and I tried to catch some fish in Lake Erie. Max was having little success trying to outwit the walleye, perch, bass and trout when a friendly, young man named Tyler stepped up to help. 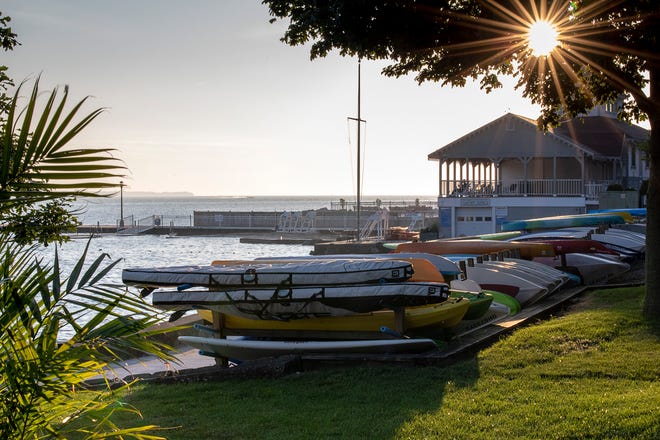 Tyler took one look at Max’s pole and knew what was wrong.

“You need a weight,” he said. He grabbed one from his tackle box and fastened it to Max’s line. He also removed a bobber. “Now you’ll be able to entice the bottom dwellers.”

“It’s tough to expect that people know what a chautauqua is or even how to spell it,” said Kevin Sibbring, president and CEO of Lakeside Chautauqua for the past 15 years. “But yet what we embody here is what a lot of families are looking for. There’s a programmatic backdrop and an emphasis on lifelong learning.”

Although the Chautauqua movement was huge at one point, Sibbring said there are fewer than 20 chautauquas remaining in the United States. The movement died out by the mid-1930s, with most historians blaming the advent of radio, television and movies for their demise.

Yet, what led to their decline is perhaps what’s now leading to their resurrection in this digital age of smartphones and laptops. Lakeside Chautauqua is the second-largest after the Chautauqua Institution in Chautauqua, New York. More than 150,000 people walk through the gates each summer, paying $24.50 for a day pass and as little as $1,000 per week for a rental cottage.

The mission statement reads, in part, “to enrich the quality of life for all people.”

“It’s just a step back in time,” says Lakeside resident AJ Savona. “When I was 5, my parents sent me out the door and said, ‘Be back by sundown.’ Everyone looks out for each other. You don’t have to worry about much. Bikes and doors don’t get locked.”

Take a tour of Lakeside Chautauqua in the photo gallery above, and learn more about the Chautauqua Trail. Tease Away the Winter Blahs with Games & Puzzles The Wesley Communities: The Ideal Fit for a Lakesider