History of the Marblehead Lighthouse and Keeper’s House 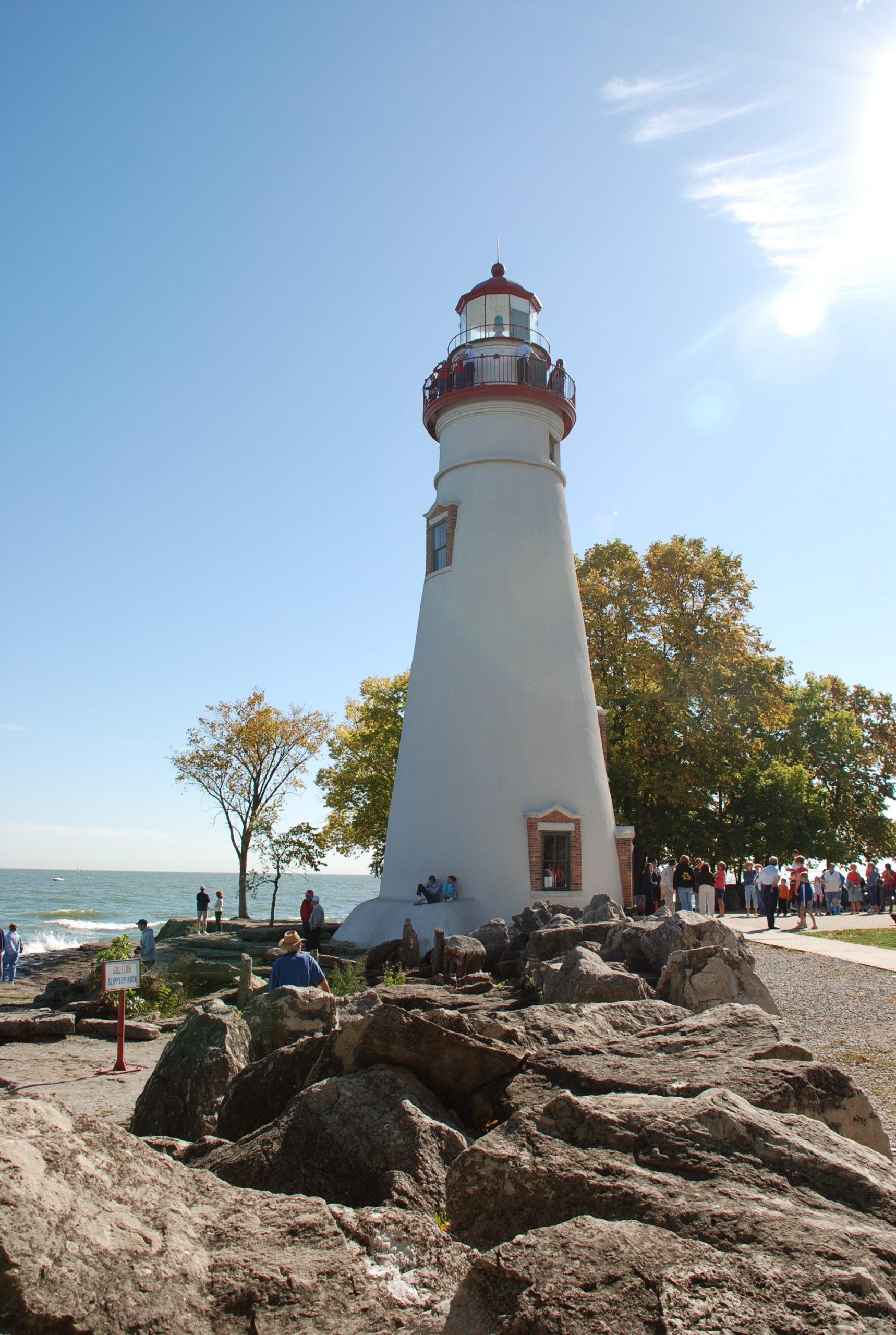 Just a few miles from Lakeside, an iconic structure greets mariners pass­ing through the Western Basin of Lake Erie.

Built in 1821, the Marblehead Lighthouse stands as the oldest light­house in continuous operation on all of the Great Lakes.

Set on the rocky limestone shore, this beacon, and its adjacent keeper’s house, became an Ohio State Park in 1998.

A total of 15 keepers have tended the light.

The tower’s history boasts the first female lighthouse keeper in the U.S.

The lighthouse has a rare three and a-half order Fresnel lens and an early 1900s functional iron staircase with 77 steps, which is still in use.

The view from the top showcases several Lake Erie islands and a glacial alavar below.

The 1880 on-site keeper’s house is a mu­seum staffed by historical soci­ety volunteers.

Known as the most pho­tographed site in the State of Ohio, the Mar­blehead Light­house is also a favorite subject of countless artists.

The U.S. Coast Guard is now re­sponsible for the maintenance of the beacon, which was recently converted to a brilliant LED light.

A compass rose circle, with memorial bricks enhancing the grounds and the museum, will soon build a replica of the original lifesav­ing station.

Volunteer opportunities are available. Consider becoming a volunteer from June-Au­gust.

Volunteers may choose from sev­eral duties, including presenting his­torical overviews of the lighthouse, selling tickets, answering questions on museum displays and local points of interest, working in the gift shop or providing overviews in the soon-to-be-constructed lifesaving station replica.

Tours of the Marblehead Light­house and on-site Keeper’s House Museum are held during the afternoon, six days a week from June-August.

The buildings are also open on the second Saturdays from June-October.

A small entrance fee of $2 is charged to visitors wishing to climb the lighthouse, but there is no charge to visit the museum.

The Lakeside-Marblehead Lighthouse Festival, a cherished fall tradition, will take place from 9 a.m.-4 p.m. Saturday, Oct. 11 in Lakeside and throughout the Marblehead Peninsula.

This free, peninsula-wide event will include a variety of activities for the entire family to enjoy. There will be tours of the Marblehead Lighthouse, live entertainment, children’s crafts, a pumpkin-decorating contest, plein air artists, arts & crafts vendors, a farmers’ market, hayrides and much more.

The Lakeside-Marblehead Lighthouse Festival is sponsored by the Marblehead Peninsula Chamber of Commerce and Lakeside Chautauqua.

For more information about this annual event, visit the Lakeside Chautauqua website. Volunteers Needed at the Memorial Garden this Summer