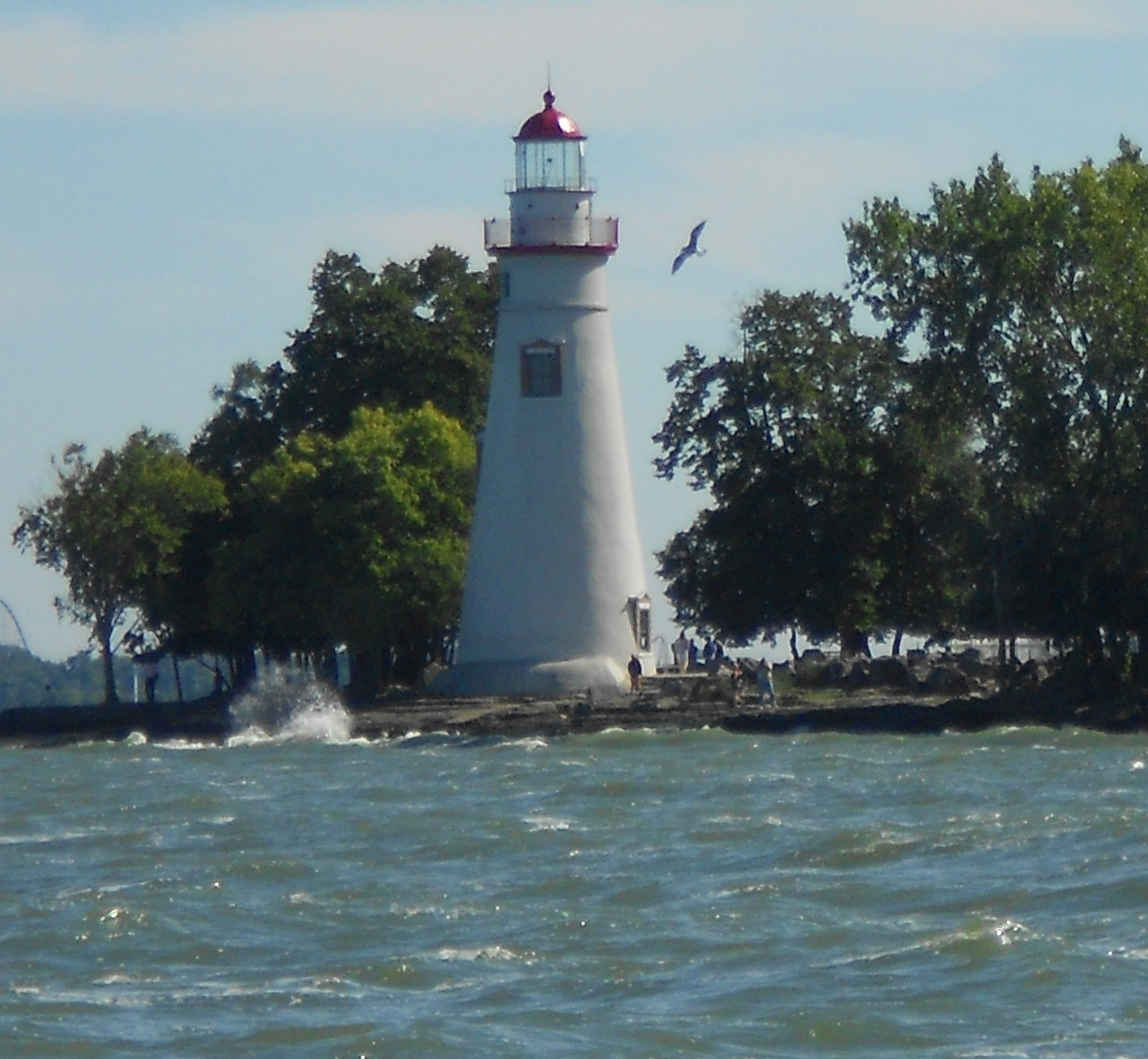 Just a few miles from Lakeside, an iconic structure greets mariners pass­ing through the Western Basin of Lake Erie.

Built in 1821, the Marblehead Lighthouse stands as the oldest light­house in continuous operation on all of the Great Lakes.

Set on the rocky limestone shore, this beacon, and its adjacent keeper’s house, became an Ohio State Park in 1998.

A total of 15 keepers have tended the light. The tower’s history boasts the first female lighthouse keeper in the U.S.

The lighthouse has a rare three and a-half order Fresnel lens and an early 1900s functional iron staircase with 77 steps, which is still in use.

The view from the top showcases several Lake Erie islands and a glacial alavar below.

The 1880 on-site keeper’s house is a mu­seum staffed by historical soci­ety volunteers.

Known as the most pho­tographed site in the State of Ohio, the Mar­blehead Light­house is also a favorite subject of countless artists.

The U.S. Coast Guard is now re­sponsible for the maintenance of the beacon, which was recently converted to a brilliant LED light.

A compass rose circle, with memorial bricks enhancing the grounds and the museum, will soon build a replica of the original lifesav­ing station.

Volunteers may choose from sev­eral duties, including presenting his­torical overviews of the lighthouse, selling tickets, answering questions on museum displays and local points of interest, working in the gift shop or providing overviews in the soon-to-be-constructed lifesaving station replica.

Tours of the Marblehead Light­house and on-site Keeper’s House Museum are held during the afternoon, six days a week from June-August.

The buildings are also open on the second Saturdays from June-October.

A small entrance fee of $2 is charged to visitors wishing to climb the lighthouse, but there is no charge to visit the museum.

The 20th Annual Lakeside-Marblehead Lighthouse Festival, a cherished fall tradition held on the second Saturday in October, will take place from 9 a.m.-4 p.m. Saturday, Oct. 10, 2015 in Lakeside Chautauqua and throughout the Marblehead Peninsula.

This free, peninsula-wide event will include a variety of activities for the entire family to enjoy. There will be tours of the Marblehead Lighthouse, live entertainment, children’s crafts, a pumpkin-decorating contest, arts & crafts vendors, farmers’ market, hayrides, sailboat rides and much more.

The Lakeside-Marblehead Lighthouse Festival is sponsored by the Marblehead Peninsula Chamber of Commerce and Lakeside Chautauqua.

For more information about this annual event, visit the Lakeside Chautauqua website.