History of the Steele Memorial Bandstand/Gazebo 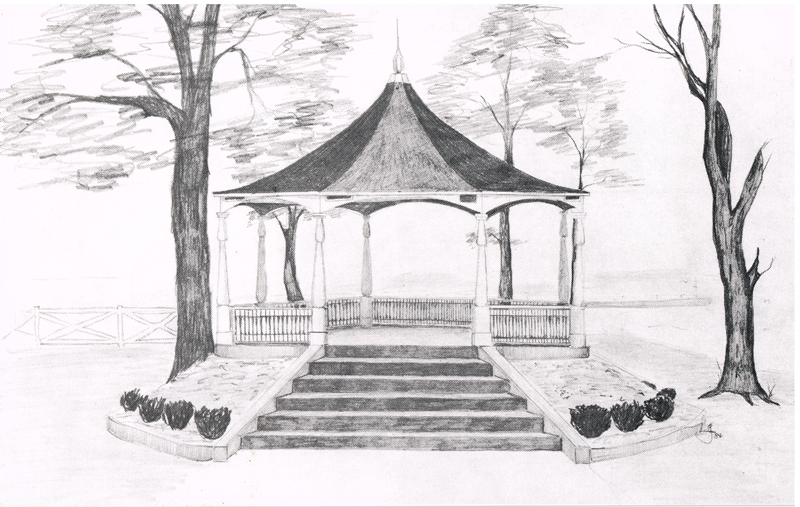 Legacy; it’s a loaded word and a heavy concept. How often have you thought about your own legacy? When did you last reflect on someone else’s legacy?

Whether we notice it or not, legacy is everywhere in Lakeside. The fellowship we share, the paths we walk and the traditions we enjoy were shaped by the hearts and hands that came before us. There were strong hands that built the literal foundations we stand on, light and talented hands of a century’s worth of performers, healing hands that illustrate our Christian gospel, and tender hands joined during a lakefront wedding.

Fritz and Karlyn Steele were two people that enjoyed the legacy of Lakeside, and who would go on to leave a legacy of their own, despite their years being cut tragically short by a car accident on Aug. 20, 1978. 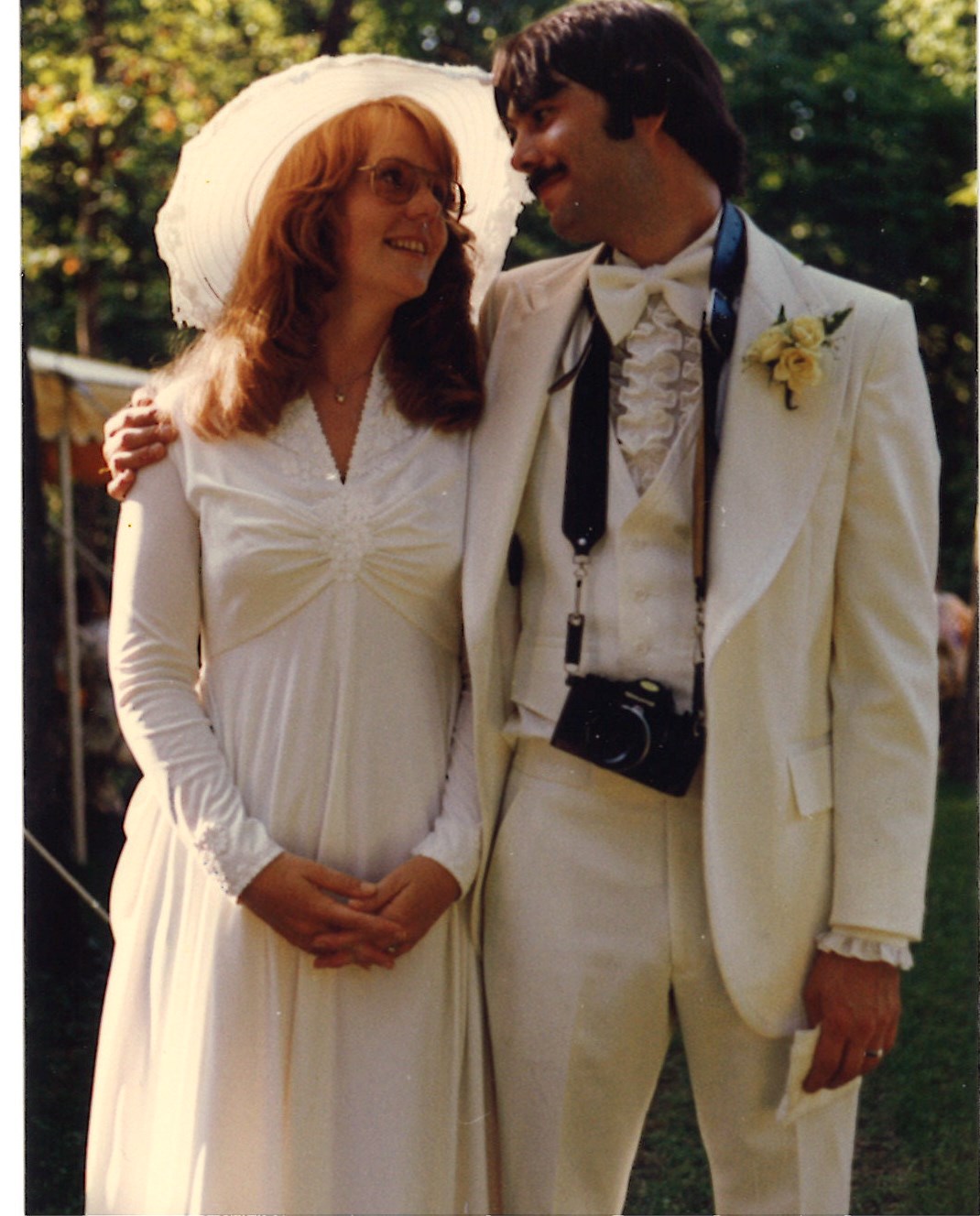 Photo provided by the family of Fritz & Karlyn Steele

At the time of the accident, Fritz was only 28-years-old and his wife, Karlyn Marie Thygesen Steele, was only 25. The young couple was living in Toledo where Fritz worked as a real-estate agent. He had spent nearly every summer of his life in Lakeside, and Karlyn found it easy to adopt her husband’s love for the community. Fritz enjoyed playing the electric guitar, and Karlyn exercised her vocal talents by singing in a choir. 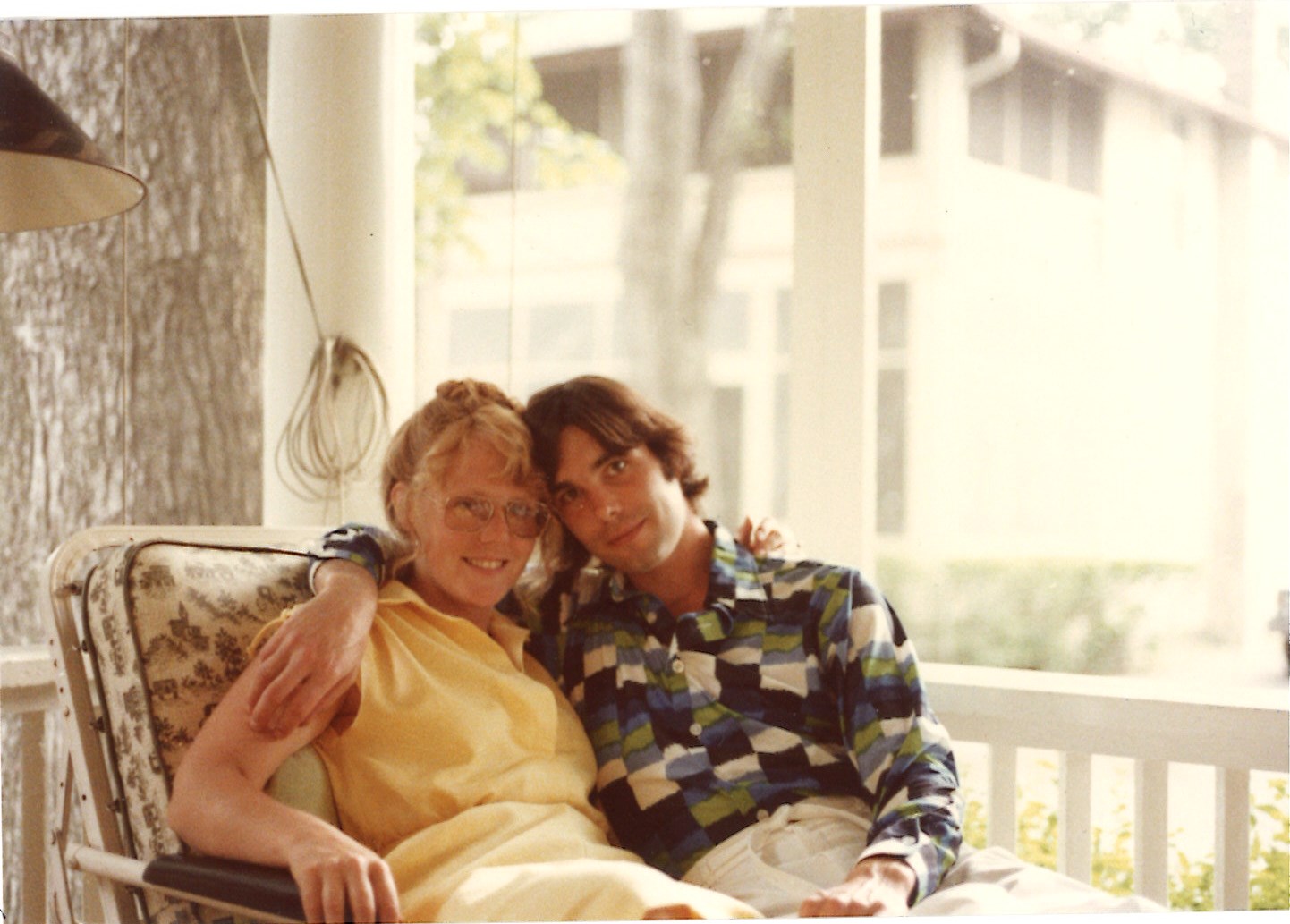 Photo provided by the family of Fritz & Karlyn Steele

Although Hoover Auditorium had been standing tall since 1928, Lakeside was lacking an outdoor music venue in the 1960s and 1970s, so to honor Fritz and Karlyn, the Steele family donated the funds for the Steele Memorial Bandstand/Gazebo. At a meeting in May 1979, the Lakeside Association Board of Trustees, led by the Rev. Irwin Jennings, gave the project their approval.

The Steele Memorial Bandstand/Gazebo is the third structure of its kind to exist in Lakeside. The first bandstand, which was dated back to 1881, was a simple wooden box, uncovered and elevated on stilts. During this era of Lakeside, Central Park was known as Lake Park, and it looked quite different than it does today. This rudimentary bandstand, and the one that would come after it, stood where the current Miniature Golf course is now. This area near the lake was called the “Grove” and was described as “a forest as shady and dense as nature can make it.” Instead of recreational courts and benches, it was a site for hundreds of hammocks to swing between the trees. 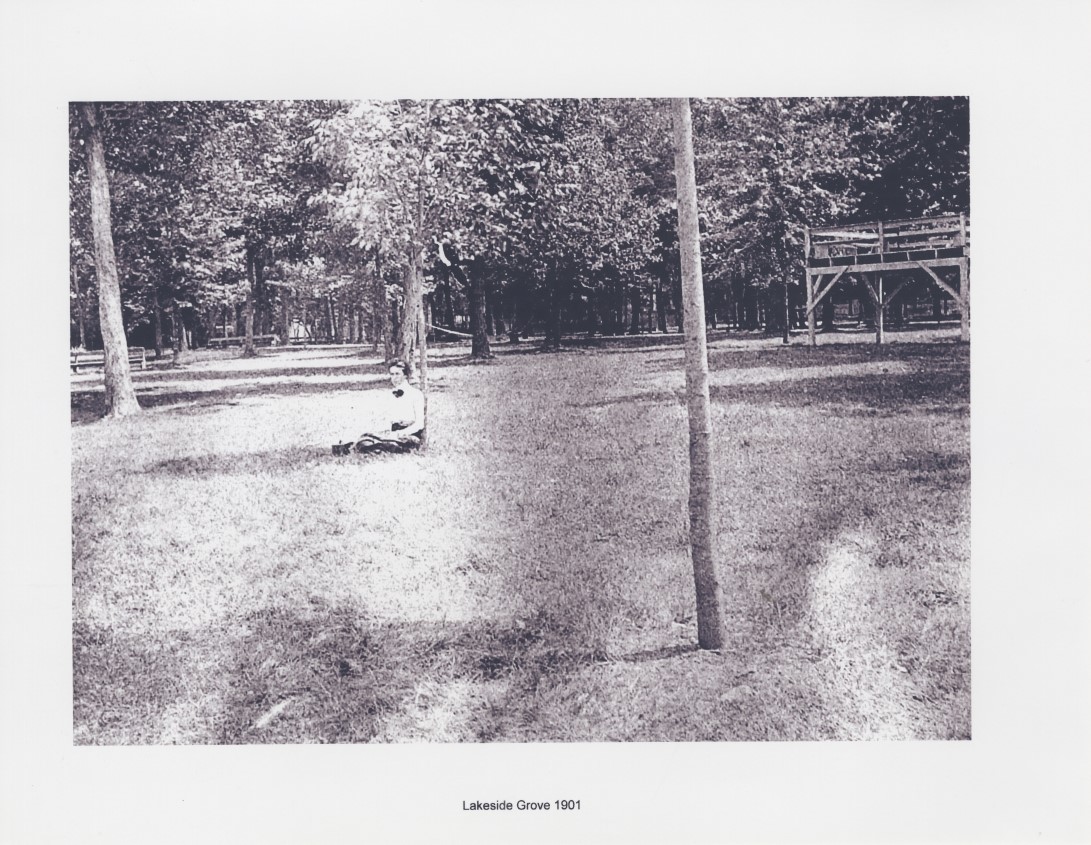 The second bandstand was more sophisticated, as it included a roof, sat lower to the ground and had the round shape of a gazebo. From 1916-1962, this bandstand hosted a concert in the park at 3 p.m. every day.

In 1963, the landscape of Central Park drastically changed when the second bandstand was taken down to make way for the Miniature Golf course. From 1963-1979, there was no bandstand.

When the time came to honor Fritz and Karlyn with a memorial, special care was taken to ensure the memorial would be fitting and personal. The gift of a bandstand would honor their love for music, and to provide the intimate touch, the family commissioned their friend and renowned architect, Orville Bauer, to design it.

Bauer had a hand in some iconic Northwest Ohio buildings, as he was a partner in one of Ohio’s oldest architecture firms, which amidst several name changes, was once known as Richards, Bauer & Moorehead, and then Bauer, Stark & Lashbrook. Some of his firm’s work included the Commodore Perry Hotel, the Ohio Building, the Toledo Club, the Valentine Theatre, the downtown Toledo YMCA building and contributions to area college campuses. 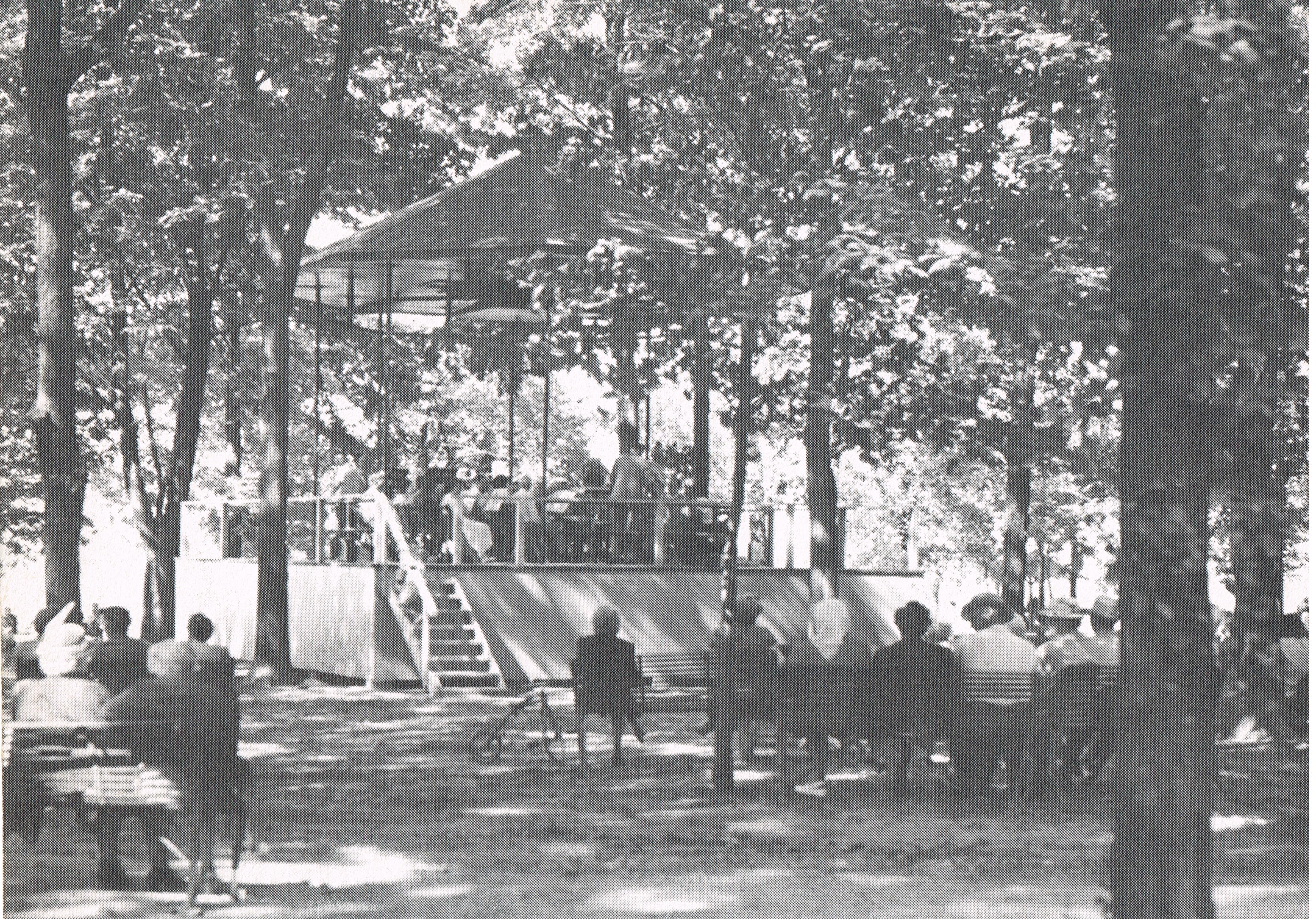 The design and building of the gazebo didn’t take long, and the structure was dedicated as the Steele Memorial Bandstand on Aug. 19, 1979, one year after the fatal car accident. Use of the gazebo began in 1980 as a site for daily Vespers, and beginning in 1981, events expanded to include Sunday concerts, much like we have today.

Over the past 38 years, the Steele Memorial Bandstand/Gazebo has been the setting for so many memories. There have been concerts and worship events, weddings, lectures, author visits and nature programs. As a cornerstone spot on Ohio’s Most Beautiful Mile, many have chosen the gazebo to be the focus of a painting, a shady spot for a family reunion or a stage for a marriage proposal.

For #GivingTuesday, Lakeside would like honor this gift that so many people have benefited from. By revitalizing this treasure of the Lakeside landscape, future generations can find joy in this piece of Lakeside legacy.

To give a gift…

Only 15 Days Until Spring Cleanup Day…