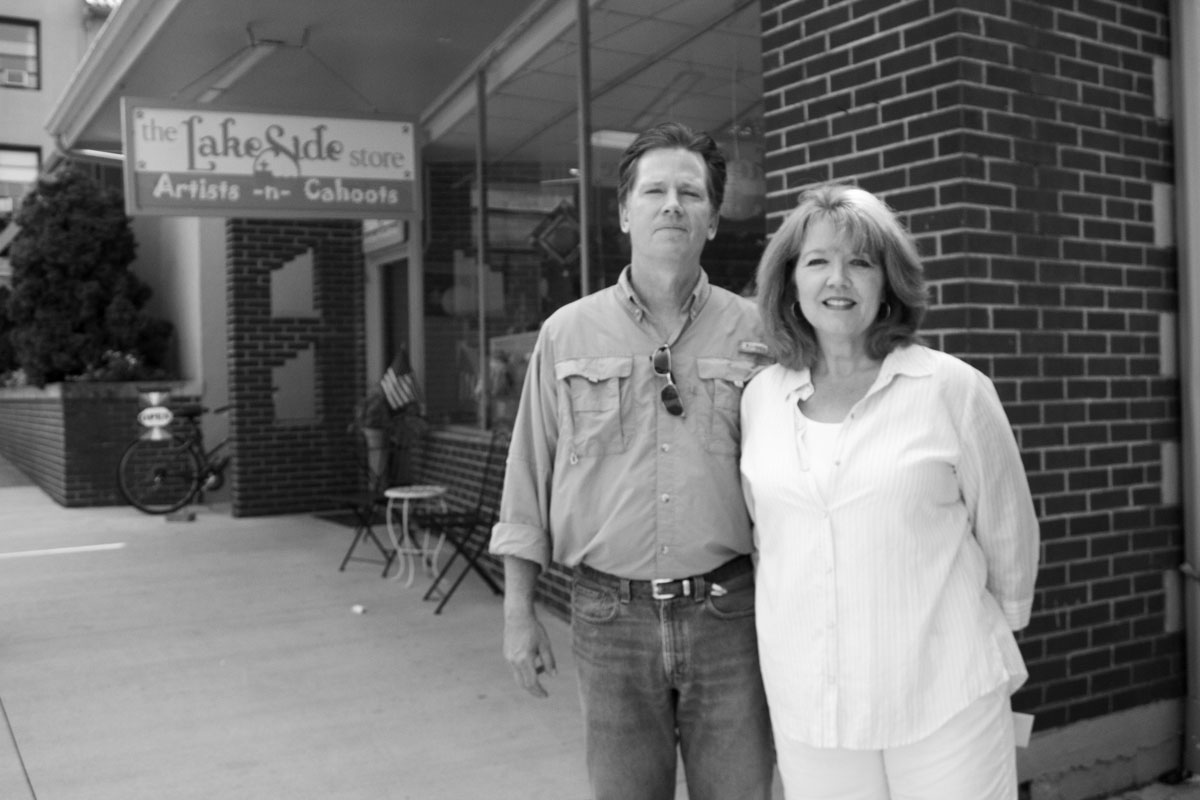 The Rosson family ended up in Lakeside by chance in 1993.

Scott Rosson had scheduled a long weekend at Chautauqua Institution, in New York, but there was a double booking.

Seeing that the Rossons were from Ohio, Chautauqua Institution recommended that they visit Lakeside Chautauqua for the weekend.

Scott and his three sons, David, Grant and Evan, spent Memorial Day weekend in Lakeside and stayed at the Fountain Inn. They had a wonderful first visit.

Lakeside reminded Scott and his wife, Erin, of their home in Terrace Park, Ohio, and they fell in love with the community.

From 1993-2002 the Rossons spent long weekends in Lakeside, usually during Memorial Day or Labor Day weekend.

In 2002, they purchased a cottage on Laurel Avenue and began to spend more time in Lakeside as they worked to update their cottage.

“We named the cottage “3 Carot Cottage.” We wanted a place our sons would bond with and always come back and visit with their families,” said Erin.

Now, each year when the boys return, they take an annual picture under the Hotel Lakeside sign.

Erin and the boys began spending their summers in Lakeside in 2003.

Erin wanted a small town feel, where summer jobs were abundant and the boys could ride their bikes to work.

One of the best memories the Rosson family has from their time in Lakeside is when their oldest son, David, quickly and eagerly sought out a job at Coffee & Cream.

Erin had told David that he could have one week to experience Lakeside before looking for a summer job, after a challenging sophomore year at college.

After just one day, David took a job at the local coffee shop. There was a girl working there that had caught his eye, and he wanted to spend his summer getting to know her.

Five years later, they return each Fourth of July to celebrate their wedding anniversary. In fact, the whole family gathers for a week over the holiday.

Again by chance, Erin was reunited with Joyce Christman, a longtime friend and co-teacher, at the Rhein Center after 15 years.

“Our friendship was instantly renewed and the idea for Artist-N-Cahoots was formed that summer,” said Erin.

She explained “Joyce and I had a desire for original art to be sold in Lakeside, and we wanted to share and sell our art too. The Rhein Center was the perfect venue to select artists for the gallery. We now have more than 50 artists.”

Erin spends her summers painting in her studio on the cottage’s front porch, and working at Artist-N-Cahoots.

Scott comes for long weekends to relax after the work week and enjoys fishing.

He is currently serving on the Lakeside Chautauqua Board of Directors.

Scott wanted to use this window of time, while his sons were in college, beginning their careers and before grandchildren, to give back to the community. He offers his engineering and technical skills to the board.

Over the 21 years the Rossons have come to Lakeside, they have noticed changes.

“The beautification stands out,” Erin shared. “When we first came, the flower beds in front of Hoover Auditorium were not much more than dirt beds. Now the beds are full of plants and flowers.”

By serving on the board, managing a shop and seeking summer work, the Rosson family has found their way to volunteer and support the Lakeside Chautauqua community.

To volunteer or give a gift, contact Gretchen Colón, vice president of Advancement & Communications, at (419) 798-5396 or gcolon@lakesideohio.com.