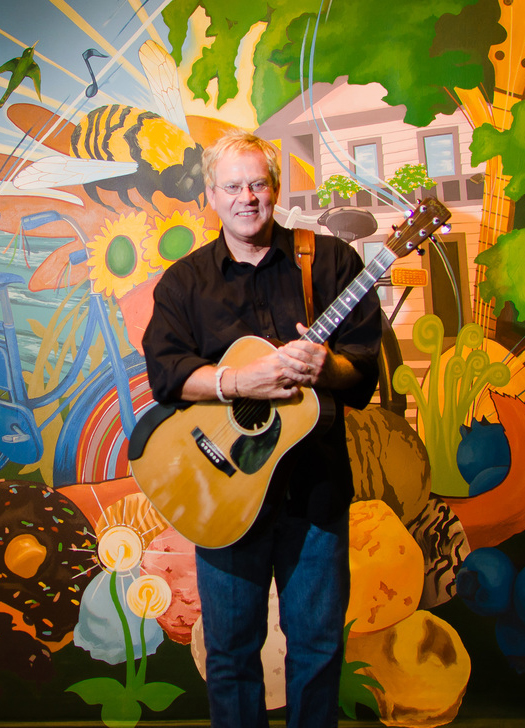 Lakeside will host a free Family Music Festival from 10 a.m.-4 p.m. Saturday, Sept. 26 at the Steele Memorial Bandstand for Lakesiders of all ages.

Each musician will play a session throughout the day from 10 a.m.-3:30 p.m., and then join together for a finale performance from 3:45-4 p.m. In the case of inclement weather, the performances will be moved to Hoover Auditorium.

FitzSimmons, a Sigma Pro photographer, has had his work published in Shutterbug, Popular Photography & Imaging and Ohio regional publications.

He is the author of the popular children’s book series, Curious Critters and is currently at work on two other books, Animals of Ohio’s Ponds and Vernal Pools and Waterfalls of Ohio.

Chip Richter has been an artist-in-residence at Lakeside for nearly 20 years. Richter and his family coordinate the popular children’s ministry program, God Squad, during the Chautauqua summer season.

His family concerts offer fun and high energy music with a positive message that connects with children and adults alike. His songs are interactive and inspiring, creating moments for families to take home as memories.

Richter has been performing and traveling nationally as a singer-songwriter, family entertainer and conference/workshop leader for more than 10 years.

Touring nationally as a solo artist or with his band “The Munks,” Rich­ter’s performances are filled with a gentle spirit, pleasant and likeable style, and an unmistakable connection with family audiences.

His solo music has been compared to James Taylor and Phil Keaggy and offers a tranquil, folk ap­peal. There is a rock ‘n’ roll side to his music when he is joined by his band “The Munks.”

Singer-songwriter Zak Morgan began entertaining children while working at the Paradise Guest Ranch in the Big Horn Mountains of Wyoming.

Over the years, he has been compared to Dr. Seuss and Shel Silverstein and has been called “a young Mister Rogers” because of his wit and family-friendly sophistication.

By 1991, Morgan released two singles that were played on more than 200 radio stations. In 1995, he moved to New York to work for Recorded Books, Inc.

Within four years, Morgan became the Director of Rights Acquisitions and had immersed himself in the rich offerings of children’s literature.

Today, Morgan has written several children’s albums, including Bloom, The Barber of the Beasts, The Candy Machine and When Bullfrogs Croak, for which he received a Grammy nomination in 2003.

In 2007, Morgan also released his first film “Zakland,” a movie for children about an enchanted land that focuses on the power of imagination.

He signed a recording contract with myKaZoo Music/Universal Music Enterprises, where he released his most recent album, The Barber of the Beasts, in 2012.

Based upon her love for 1960s folk music and her knowledge of the violin, Goslee Reed taught herself to play the guitar. She learned to play songs by ear from listening to records.

Throughout her musical career, Goslee Reed has written more than six albums, each with a different focus.

Her album, It’s About Time, is a tribute to her father, George, a former bassoonist with the Cleveland Orchestra. His bassoon is also featured in his daughter’s other albums, Like the Light of the Moon and Cowboy on the Highway.

In 2012, Goslee Reed launched Plenty, an album about the Earth, gardens, planting trees and feeding the soul.

While recording Plenty, the band, Firefly, was formed. Firefly, also known as The Sarah Goslee Reed Trio, consists of Reed on guitar and vocals, Tom Martin on bass and piano, and Skip Trask on drums.

Riemer began performing as a child, putting on plays with his sisters. He did not give much thought to professionally performing until high school when he was the unofficial halftime dance show at the school basketball games.

After high school, he started the folk band, Ticklepenny Corner. Being the primary songwriter in the band, the tunes were always wry and clever.

The group received moderate success and landed them a deal with Fundamental Records. Eventually the band’s members began to focus on their family lives, which led the group to disband and Riemer discovery of his passion for children’s music.

“There has been nothing more rewarding to me in music than playing for children,” said Reimer.  “When a room is filled with intrigued kids dancing and laughing, I thank God for this job.”