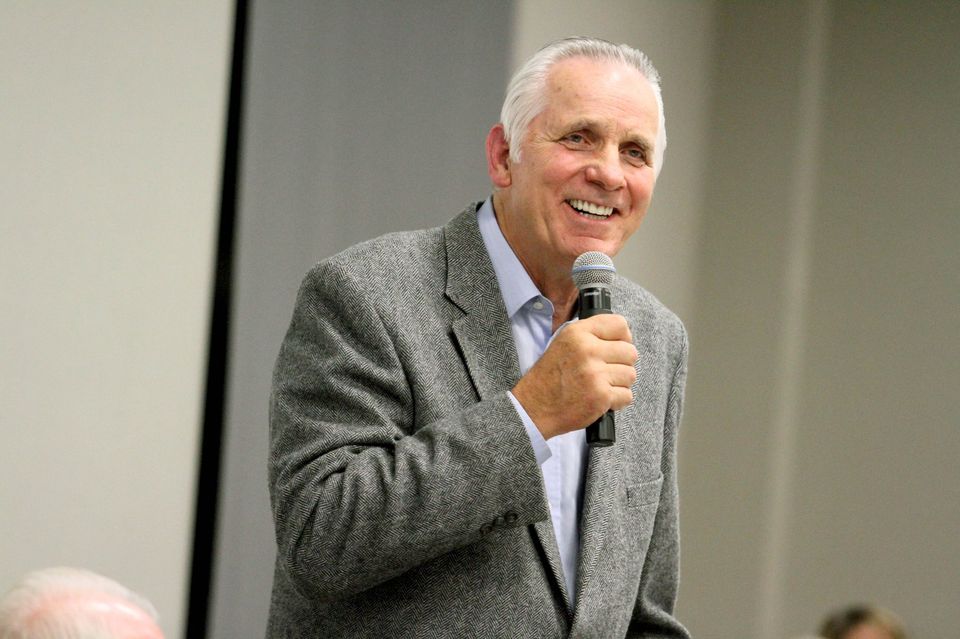 Throughout his accomplished athletic career and his strides in memory research, Lucas held onto his strong faith, which he will share about at the Prayer Breakfast.

Sue Ramsey, former head coach of Ashland University’s women’s basketball team, will also join the Prayer Breakfast to briefly reflect on her own faith journey. Retired from a 35-year coaching career, 20 of which she served with Ashland University, she led the Eagles to a Division II national title in 2013. Her commitment to excellence is shadowed only by her deep and abiding faith.

Tickets for the Prayer Breakfast are sold out.

In addition to the Prayer Breakfast, Lucas will lead a special presentation, where he will unveil the secrets of memory retention from his extensive research. The lecture will take place at 10:30 a.m. in Orchestra Hall. Tickets are not needed for this event, however, seating is available on a first-come, first-served basis.

As a boy with a very active mind, Lucas challenged his memory by inventing mental games. At an early age, he realized that being a successful student required both the knowledge of learning and retaining the learned information.

He became determined to develop ways to make learning easy and fun. The result is The Lucas Learning System™, a method that has earned him the title of Doctor Memory™. Lucas has developed new materials related to his work with memory and will have these for sale after his presentation.

Following the special memory lecture, Lucas will share the story of his athletic journey at a luncheon; from being a high school standout in Middleton, Ohio and then leading the Buckeyes to the 1960 College National Championship and three straight NCAA Final, to becoming a NBA All-Star and gold-medal Olympian.

As a professional basketball player, Lucas was named All-NBA First Team three times, NBA All-Star seven times, 1964 NBA Rookie of the Year and Most Valuable Player of the 1965 NBA All-Star Game, among other honors and awards.

The luncheon is at 12:30 p.m. in the Hotel Lakeside Fern Room. Tickets for the luncheon are sold out.