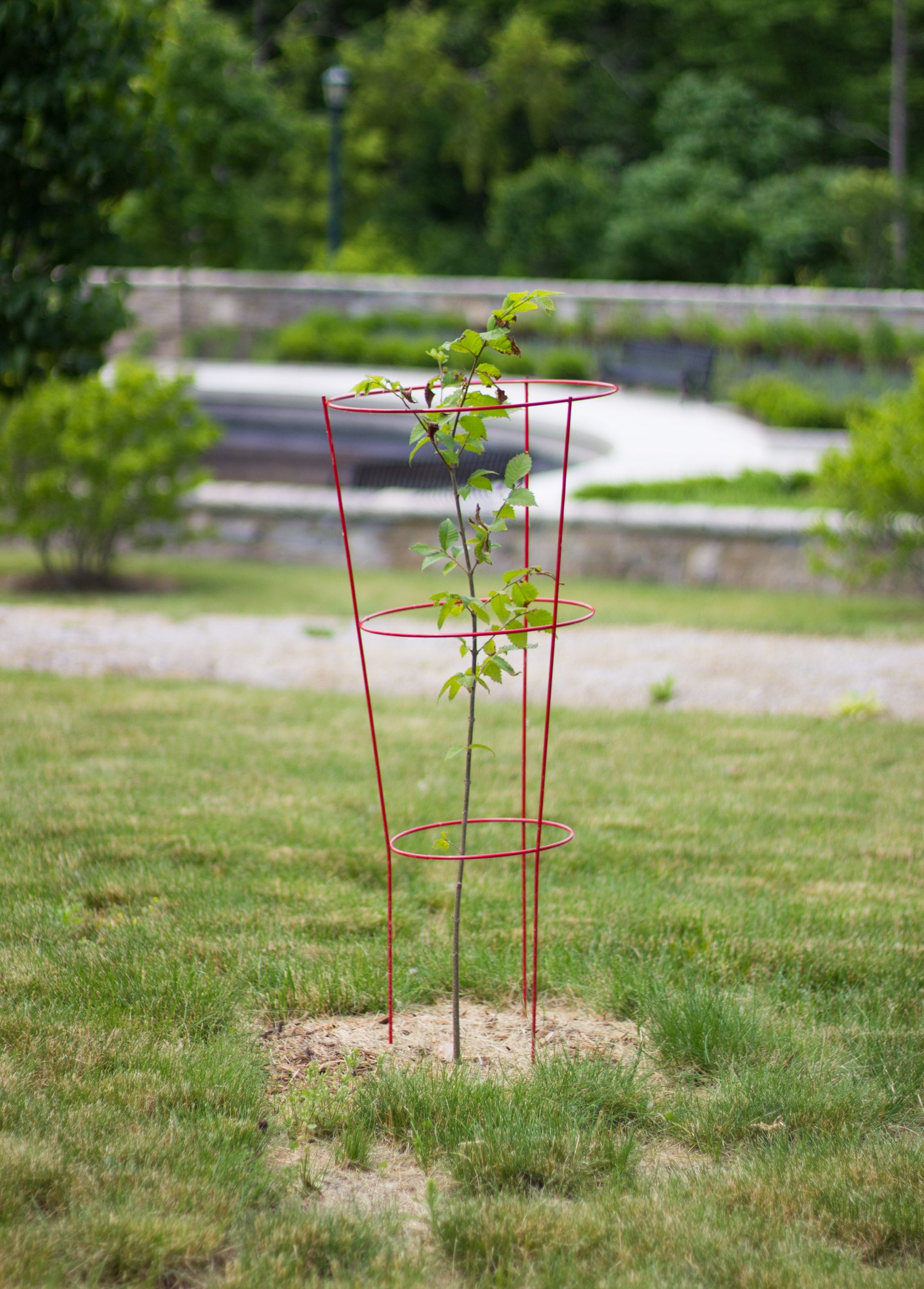 On April 26, a seedling from the Oklahoma City Survivor Tree was planted in Lakeside on the hill overlooking The Memorial Garden at Chautauqua Park. This small American Elm is intended to be a reminder to all of the faith, hope and strength of survivors who have lost loved ones.

The story behind this seedling starts in 2015 when I represented Lakeside at the Tree City USA Award Ceremony held at the Toledo Zoo. The featured speaker was Mark Bays, Urban Forester from Oklahoma. His topic was the Survivor Tree at the memorial in Oklahoma City.

On April 19, 1995, Timothy McVeigh parked a truck filled with explosives in front of the Alfred P. Murrah Federal Building in Oklahoma City. The resulting explosion killed 168 people and destroyed the entire north face of the building.

An old American Elm stood alone in the parking lot across the street from the Murrah building. The tree had been taken for granted but was a popular parking location. Commuters arrived early to get one of the shady parking spots provided by its branches.

The tree was heavily damaged in the explosion. It was defoliated and most of the branches were ripped away. Glass and debris were embedded in its trunk and fire from the cars parked beneath it blackened what was left. Most thought the tree could not survive.

The tree was almost cut down during the initial investigation, when workers wanted to recover evidence hanging in its branches and embedded in its bark. A movement arose to keep the tree because it was a survivor of the terrible blast. Evidence was carefully recovered from the branches and trunk, but the tree was not further harmed.

Almost a year after the bombing, family members, survivors and rescue workers gathered for a memorial ceremony by the tree and noticed it was beginning to leaf out again. Bays led what was an almost heroic effort by professional arborists to nurse the tree and to provide for it to be incorporated it in the outdoor Memorial.

When hundreds of community citizens, family members of those who were killed, survivors and rescue workers came together to write the Memorial mission statement, one of its resolutions dictated that “one of the components of the Memorial must be the Survivor Tree.”

The inscription around the inside of the deck wall around the Survivor Tree reads:

The spirit of this city and this nation will not be defeated; our deeply rooted faith sustains us.

A program was established to collect seeds from the Survivor Tree. Now, hundreds of seeds from the tree are planted annually, and the resulting seedlings are distributed each year on the anniversary of the bombing. Thousands of Survivor Trees are growing in public and private places all over the U.S.

Last November, I reviewed the idea of a Survivor Tree seedling for The Memorial Garden at Chautauqua Park with Lakeside staff and contacted Bays.

The Oklahoma City National Memorial Museum sent a seedling, which was planted just a few days past the 22nd anniversary of the bombing.

The seedling is small now and is protected by a bright red tomato cage. But, it will grow rapidly when it becomes established, and in a few years, will tower over the memorial garden as reminder to all of the faith, hope and strength of survivors who have lost loved ones.

Lakeside’s Survivor Tree is the second to be planted in Northwest Ohio. The other is located at Spiegel Grove, the Rutherford B. Hayes Presidential Library and Museums in Fremont.