Lakeside winters can be charmingly beautiful. But, more often than not, that beauty is accompanied by biting winds off the water, perilously slick roadways and tingling ears and toes. What better time to nestle in and explore the world from the comfort of your own home?

Did you know that Lakeside is home to a group that participates in one of the oldest distance learning programs in the country?

Our celebration of National Library Lovers’ Month began with an introduction to two local libraries. Next, we spotlight an assembly of booklovers who deeply value self-improvement and being part of a literary community: the Lakeside Chautauqua Literary & Scientific Circle (CLSC).

The CLSC was founded in 1878 at the Chautauqua Institution in New York as a way to bring higher education to those who may not otherwise enjoy access. In a time when the only people to extend their education beyond grade school levels were typically wealthy males, the CLSC welcomed men and women from all walks of life.

The original program was structured as a four-year course of reading, requiring study of subjects including history, literature, science, language, religion and philosophy. As with a conventional university degree, the course required a series of examinations resulting in a diploma.

As word spread, many community reading circles were formed as discussion and study groups among local students: more than 10,000 circles by the turn of the century.

Lakesiders were not to be left out, participating in their own reading circle until 1906.

The CLSC model inspired the establishment of adult education programs, study groups and book clubs across the globe. If you’ve ever taken an online or distance education course or joined in a community book discussion, you may thank the CLSC.

Weathering the inevitable rise and fall of popularity through the last century, the modern CLSC program is once again thriving and has relaxed into a less academic structure. 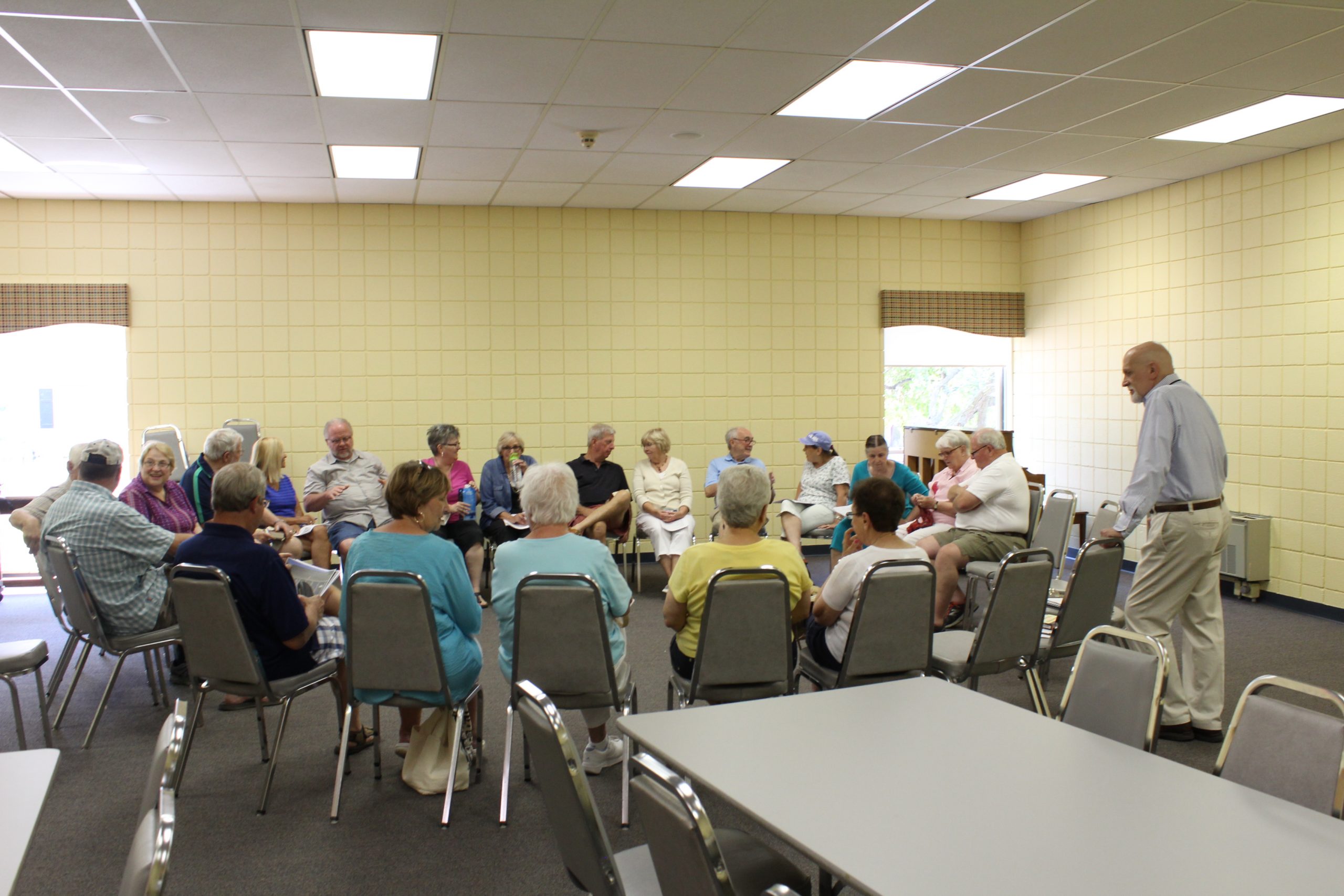 The current Lakeside CLSC formed in the 2000s, after a near century-long absence from Lakeside programming.

Lakesider Paul Sukys has led the group for the last seven summers. He kindly offered background and insights for those interested in joining the group.

Each summer the Lakeside CLSC gathers four times, usually in July and August: twice for roundtable discussion meetings, once for a multiple-book review meeting and once for their graduation celebration.

Roundtable meetings feature group discussions and presentations by one or two members on a newly-listed book selected by the group the previous summer. For the multiple-book review meetings, several members volunteer to each present a listed book from any year.

The Lakeside CLSC is open to anyone visiting or living in Lakeside, and advance reading of the book being discussed is helpful, but not required. Check the CLSC webpage or the Lakesider newspaper this summer for the 2017 meeting dates and times.

Anyone may apply for graduation and receive a diploma from the CLSC by reading 12 books from the historic book list and reporting them to the program office in New York. It balances out to three books per year in the original four-year course structure, but you may complete the program in any amount of time.

“You can look at the whole list, hundreds of books, and you can find books that you’ve read just by happenstance,” Sukys points out. Take, for example, The Organization Man by William Whyte, “If you were in college and studying psychology or business in the 1950s or 60s, you probably read that book.” Any book list selection you have read in the past may be reported towards your total, whether it was in college in the 1970s or on the beach last summer.

Once you have received your initial diploma, you may continue reading and rise through four levels of post-graduate study. 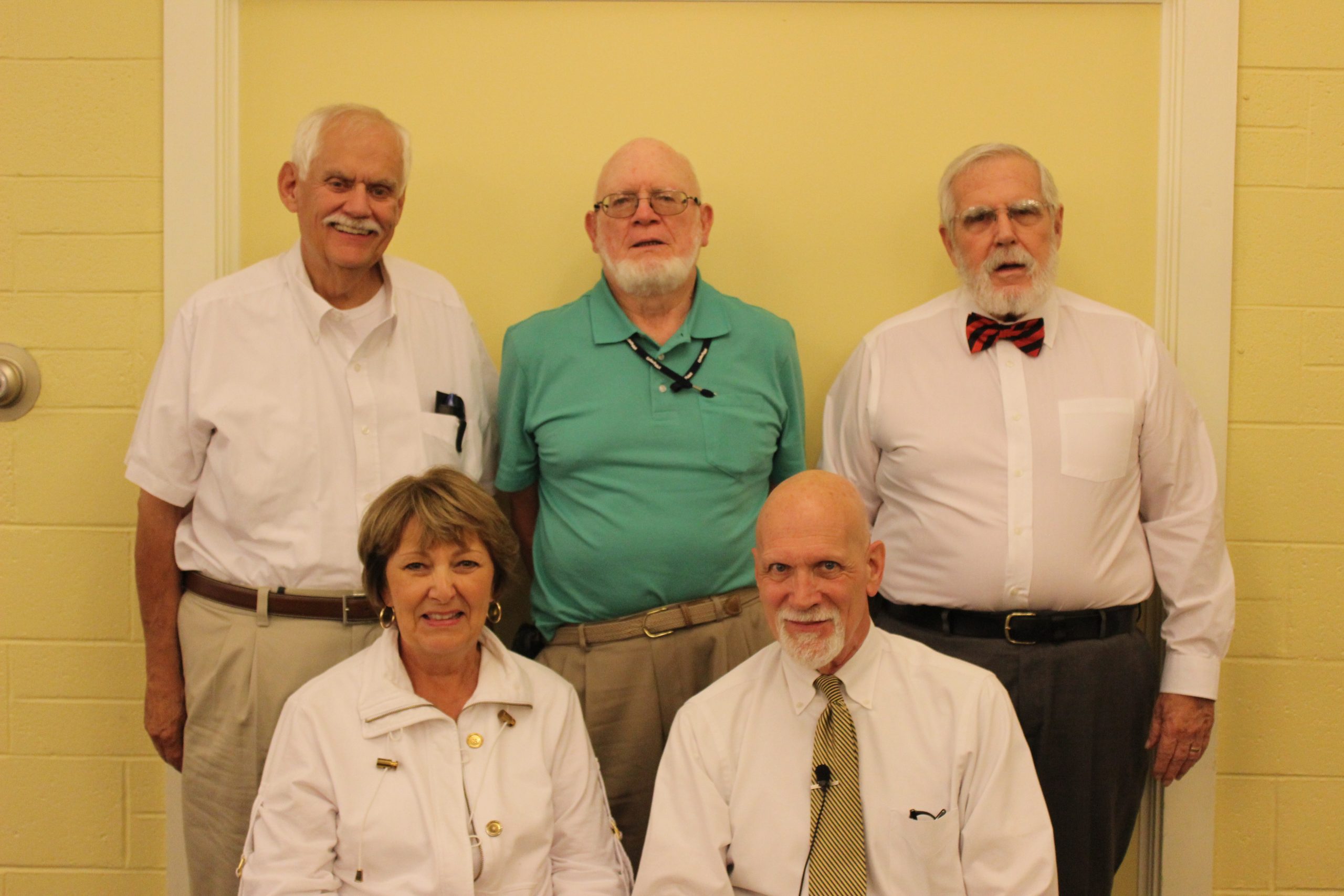 At the Centurion level, graduates will have read 110 books from the CLSC book list.

The Lakeside CLSC boasts many graduates, multiple members that have joined the Guild of the Seven Seals and one member on track to soon achieve the Parnassian level of post-graduate study.

The Lakeside graduation celebration is a favorite event, as the group enjoys a more informal gathering following a Sunday Lakeside Heritage Society lecture.

“It is the only time that we meet as a group without having a book to talk about,” states Sukys. “There is a great deal of camaraderie and fellowship at the celebration.”

CLSC books are chosen for their literary quality and typically cover a range of genres, including historical study, biography, social action, philosophy, poetry, fiction and more.

Since 2007, the annual book lists have centered on a particular theme. The 2016-2017 theme of “What Does It Mean to Be Human?” features the following works:

This summer, the Lakeside CLSC will be discussing The Wright Brothers and Aimless Love.

In addition to the yearly reading list, the Chautauqua Institution selects one book for its Chautauqua Prize, an annual award celebrating a book of fiction or literary/narrative nonfiction that provides a richly rewarding reading experience and honoring the author for a significant contribution to the literary arts.

This summer, Lakeside’s Director of Educational Programming, Jeanne Mauriocourt, is pleased to welcome Phil Klay, author of the 2015 winner of the Chautauqua Prize, Redeployment, as a speaker during the Chautauqua Lecture Series on Monday, July 24.

“Redeployment, written as 12 short stories, deals with the difficult subject matter of war and the soldiers who come home from it,” says Mauriocourt. “His book provides a real glimpse of the war in Iraq from the soldier’s point of view. While visiting Lakeside, Klay will share his journey as a writer and explore moral questions about war.”

Check back next week for Part 3 of this National Library Lovers’ Month series to learn more about the wealth of activities hosted by the Lakeside Women’s Club and The Fine Print bookstore.