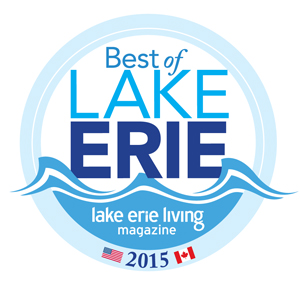 “Lakeside is one of our favorite places on the lake,” said Lake Erie Living Editor Colleen Smitek, who makes a point of visiting with her family at least once a summer. “Your mini-golf course, being right on the water, was already on our list for our ‘Best of Lake Erie’ issue. Then, you made it even better with the renovation over last winter. There is truly no place like it.”

This honor wouldn’t be possible without the community’s support on #GivingTuesday last year to raise money for this renovation.

The full list of winners is listed in the August/September 2015 issue of Lake Erie Living .

The Shade Tree: 25 Years of Business and Loyalty Strengthen our Chautauqua Community for the Future