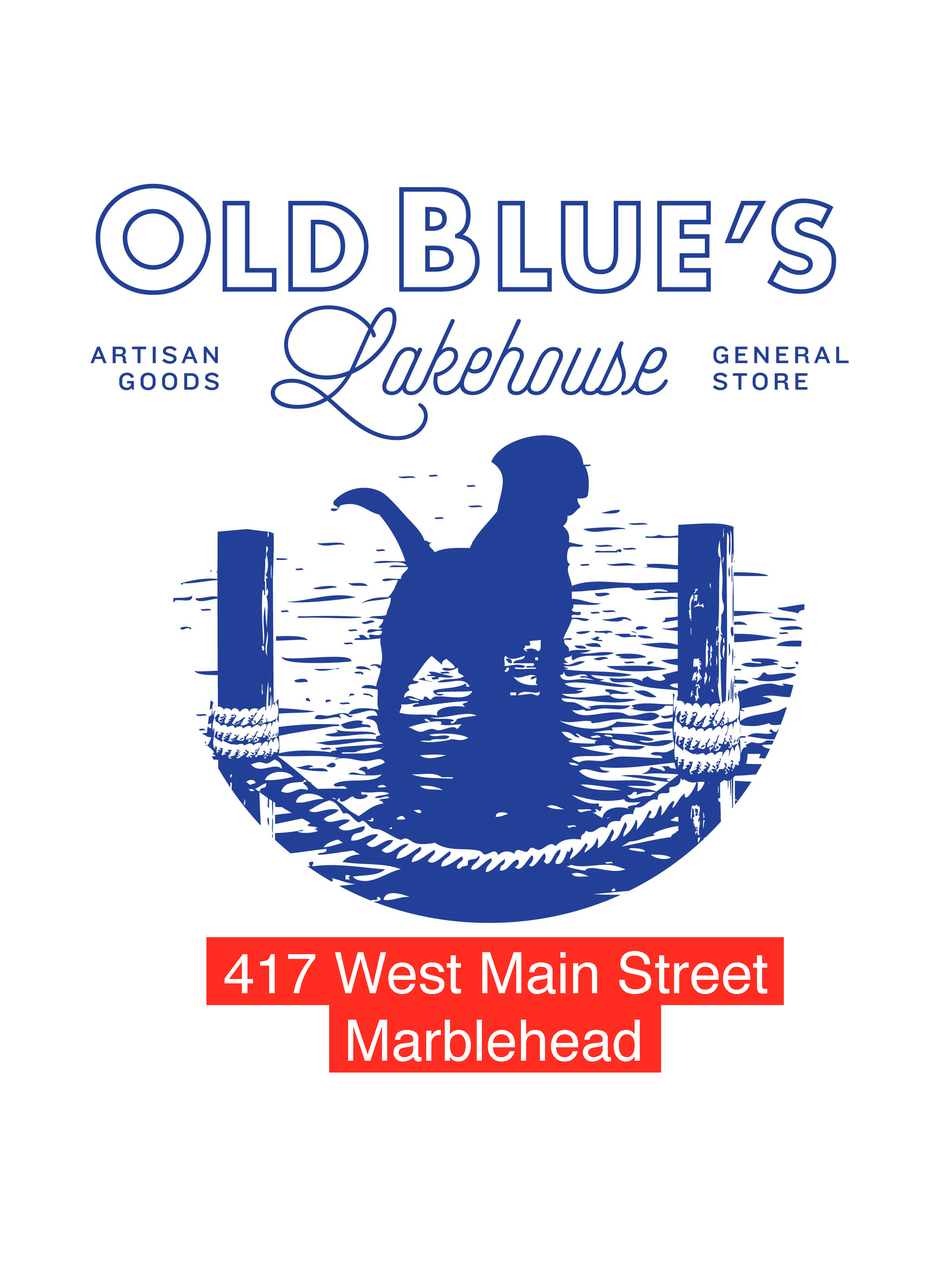 Don’t let the name fool you, there’s nothing old about Old Blue’s Lakehouse in Marblehead.

Owners Kyra and Les Kulin say their store is “a welcoming place to come shop, chat and find yourself right at home.”

They purchased the building in 2017, not knowing what they’d house in it. While renovating, the couple decided to transform the space into a store.

“The space is big,” Kulin said. “It has small spaces throughout for little nooks of kitchenware, apparel and gifts.”

Kyra and Les decided to name the boutique after their black lab, Blue, “who really isn’t old, but will be someda

The building has a lot of history to it. It was previously an art gallery that showcased Ben Richmond’s artwork, and before that, it was two separate houses.

“One woman who visited said her grandmother used to live in the building,” said Kyra. As the two started chatting, Kyra found out that one of the pieces she uses to showcase jewelry, an old outhouse door, was actually the door the woman’s aunt installed.

The Kulins are thinking about expanding the store next summer and displaying local artists’ work upstairs.

The family’s Lakeside story dates to the 1950s when Les’ mother started coming after emigrating from Germany to Cleveland as a child.

“They were sponsored by The United Methodist Church, so that’s how she ended up in Lakeside,” said Kyra, and the family has continued to summer in the Lakeside area ever since.

“Lakeside is idyllic,” said Kyra. “The whole community is just awesome. There’s nowhere like it. It’s a gem.”

Old Blue’s Lakehouse is located at 417 W. Main St. in Marblehead. Visit their Facebook page for specials and hours of operation. Taste the Freshness at the Farmers’ Market