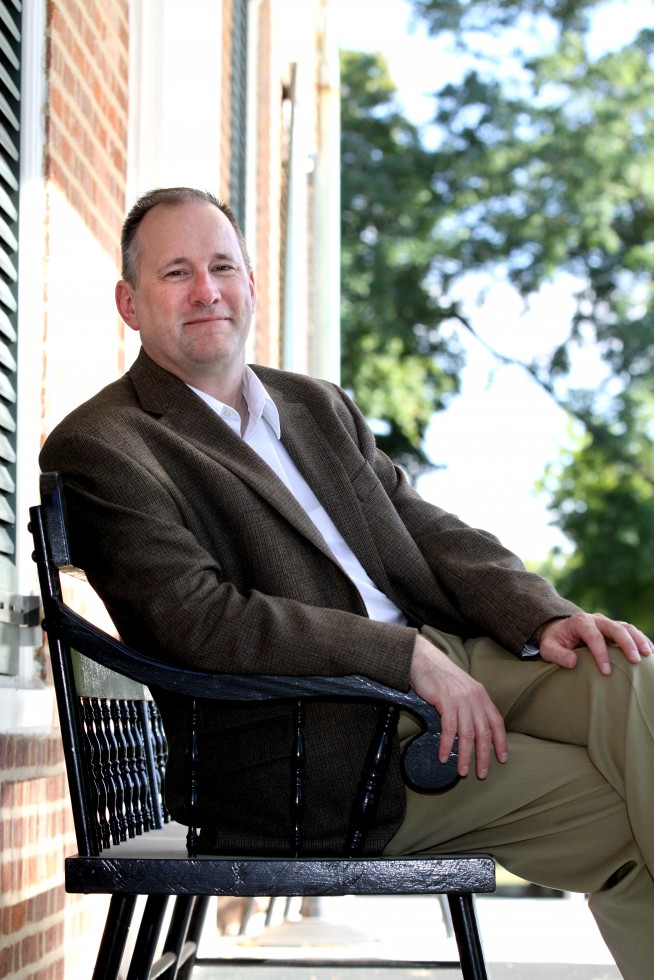 Pastor Philip Gulley, a Quaker pastor who has been featured on Indiana’s PBS affiliate for his television show “Porch Talks,” challenges us to rediscover the values of Jesus.

He will serve as Preacher of the Week from July 9-13. His sermon for the 10:30 a.m. Hoover Community Worship Service on Sunday, July 9, “Fences,” is based on Matthew 11:28-30. This week is supported by the Hottenroth Family.

Pastor Gulley came to prominence when his seminary essays for the church newsletter were discovered by Paul Harvey, Jr., who sent them along to a publisher. A few months later, the publisher invited Pastor Gulley to publish his essays, which became his first book, Front Porch Tales.

He is currently working on his 21st book, The Awakened Soul, which explores the traits of happy, healthy people according to Abraham Maslow’s hierarchy of needs. In it, he discusses how the trait of spirituality can help individuals reach “self-actualization.”

He has appeared on the PBS’ flagship show, “Across Indiana,” for which he received two Emmy Awards for his “Porch Talks” segment. Pastor Gulley writes a column for Indianapolis Monthly, titled “Home Again,“ and also regularly contributes to The Saturday Evening Post.

During his week at Lakeside, he will preach at 9:15 a.m. Monday-Thursday during Faith for Living Hour in Orchestra Hall. At 7:15 p.m. Tuesday, July 11, he will lead Vespers by the Lake, held on the Pavilion East Deck.

For those who wish to attend the Hoover Community Worship Service, a complimentary Church Pass may be obtained between 7:30 a.m.-10:30 a.m. Sunday, valid until 3 p.m. A complimentary Faith for Living Hour Pass is available from 8:30 a.m.-9:15 a.m. Monday-Thursday; valid until 1:30 p.m. Both of these passes include admission for guests and auto, but not the Grindley Aquatic & Wellness Campus.