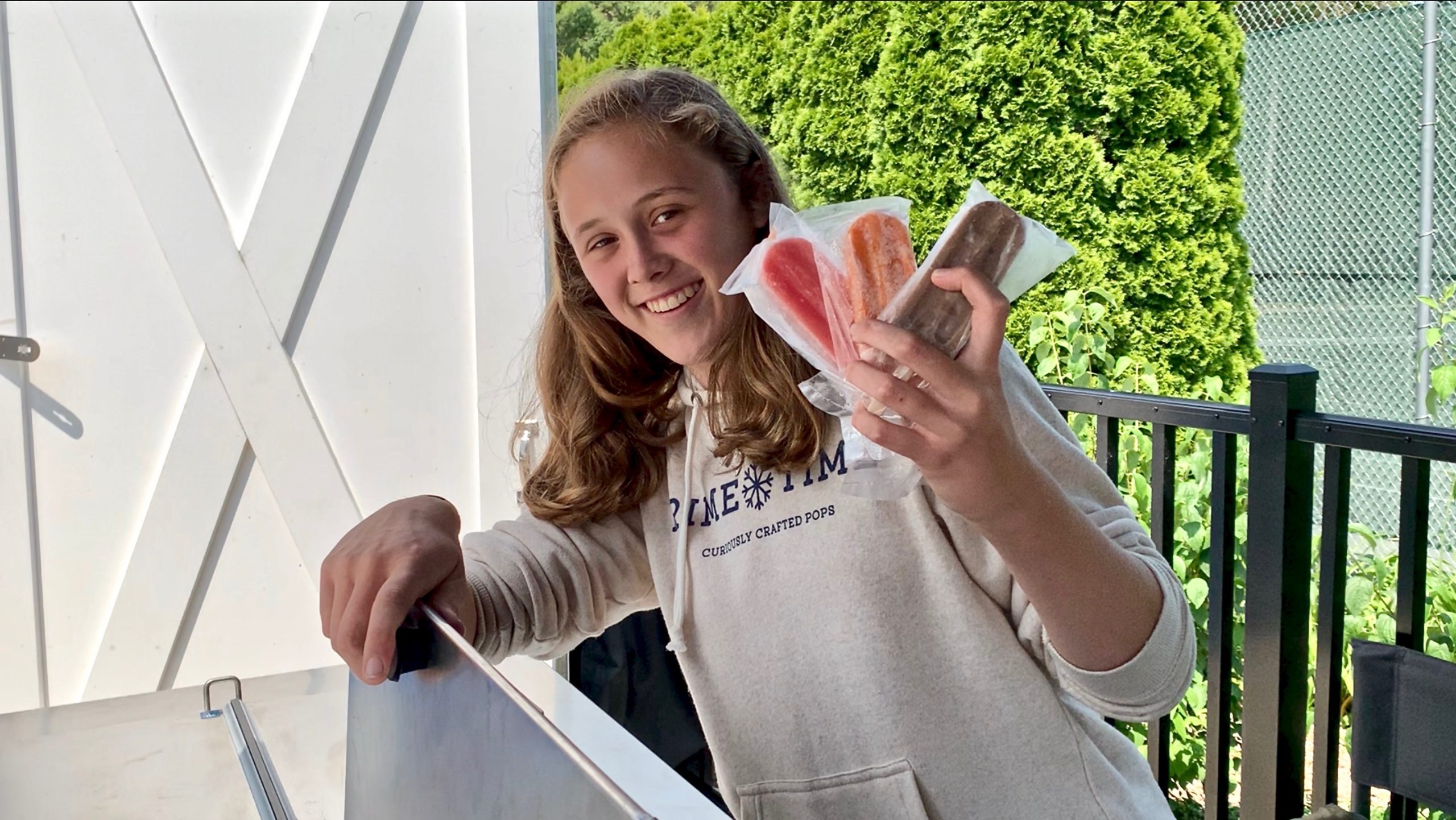 As this Lakeside summer keeps with its traditions of swimming, shuffleboard and sunburns, we welcome ice popsicles from Rime Time Curiously Crafted Pops into the mix.

With offbeat flavors such as avocado, peanut butter & jelly, watermelon habanero and more, Rime Time’s offering of popsicles is like the business itself: seasonal. Open from May until October each year, the cart can be seen all over Columbus at farmers’ markets, festivals and other city events.

“We started [the business] in 2015 out of the end of a little bicycle cart that we had built with a lot of different Columbus artists,” said Cody Miller, owner of Rime Time. “The original idea for us was to actually utilize local produce.”

Miller said one of their first popsicles, the peanut butter & jelly, began by noticing a local peanut butter producer just around the corner in Columbus called Krema Nut Company.

From there, it was a matter of making popsicles that utilize local ingredients, all while making that ingredient special.

Whether it’s fresh white peaches from Chillicothe’s Hirsch Fruit Farm & Market or rich chocolate from Columbus’ Ohiyo Chocolate, Rime Time’s nontraditional flavors are based on what’s available in the region.

“That’s one of the two parts we want to focus on: one is using fresh, real, cool ingredients, maybe some crazy ingredients as well, but also still [adding] this form of nostalgia in popsicles,” Miller said.

Rime Time’s flavors emphasize the memories and tastes of childhood treats, adding to this theme of reminiscence and time.

With this taste of nostalgia, being a seasonal business and the melting of ice pops, Miller said combining time with the term rime, the white frost that forms on the outside of a popsicle, gave a memorable business name.

Miller had never been to Lakeside, even after constantly hearing his friends’ love for the community. Once Lakeside Chautauqua President/CEO Kevin Sibbring reached out to Miller about adding another food option at the pool, Miller realized the shared ideals between Lakeside and Rime Time.

“People here are just so kind and nice,” he said. “I think since the minute we’ve been here at Lakeside, we’ve been well received … and it makes me more excited to be here.”