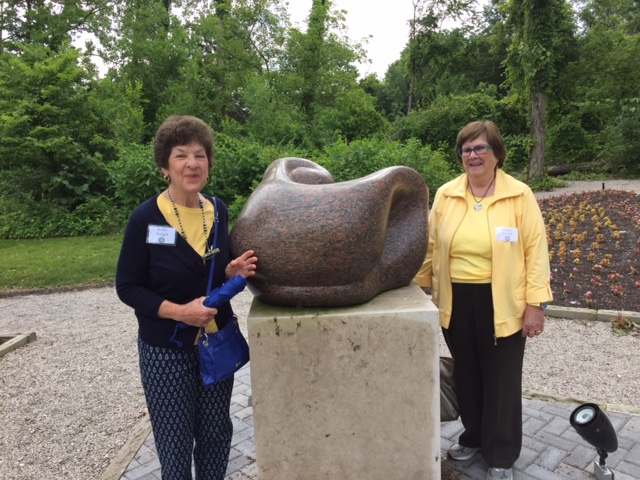 The Friends have departed after a fabulous final day in Lakeside. If you haven’t been there; go! There are quaint bed and breakfasts, rental homes, historic hotels, inns, apartments and private residences sprinkled throughout Lakeside.

Prior to these four days away, I had been a guest in two private homes in Lakeside; I never realized that there were all of these other options available to me.

My mom and I enjoyed a treasured few days together as we traveled with The Friends. One of our favorite activities was walking the paths and roads meandering Lakeside.

Each time we passed the quaint “vacation apartments” known as “Same Time Next Year,” I smiled. I thought about what a clever name that was, and I imagined guests checking out at the end of their stay, saying, “We’ll be back. Put us down for the same time next year.”

That is exactly what happened as those traveling with The Friends began to realize; that our time in Lakeside was coming to a close. We were having so much fun. Could we possibly do this again?

My very good friend the Rev. John Ross is a senior minister in Minnesota. He has preached about “the afters” – to me, it’s that feeling you get when you return from an extraordinary experience. One, you are tired. Two, you have to unpack and think about “reality,” and three, you long for the time when you were on retreat.

Plus, it is often difficult to articulate where you’ve been and what you’ve done. You want to carry with you that feeling you had while on hiatus. You want others to understand and feel the beauty of where you’ve been. (It’s not easy to do.)

I heard from many (maybe all) of my fellow travelers, who raved about the four days spent on retreat at Lakeside. We marveled at the expertise of our guest of honour (intentional English spelling) Amanda Patton. Her melodic voice and brilliant observations made gardening and landscaping sound like a “piece of cake.”

The natural beauty surrounding us on the Lakeside-Marblehead Peninsula and expert comments by our guides raised our IQs, reinforced Amanda’s theories and challenged us to learn more about naturalistic planting and protection of local resources.

I don’t know about you, but I plan to spend some time in my garden today becoming reacquainted with it, even if it is something less glamourous like pulling weeds or picking up odiferous seeds from my Ginkgo tree.

This Lakeside in Bloom weekend helped me to approach my Ginkgo tree with a different perspective. You see, while the leaves are very pretty, the female tree produces a foul-smelling seed.

I have been challenged to embrace my tree and even celebrate the possibility of a Ginkgo rain phenomenon when all of the leaves fall at the same time after the first frost.

We are always learning and growing, and our time in Lakeside made that clear. I hope you left feeling as renewed and fulfilled as I am (with a bit of “the afters”). Thank you to those who were part of the trip and those who made it possible. Let’s do it again – same time next year?