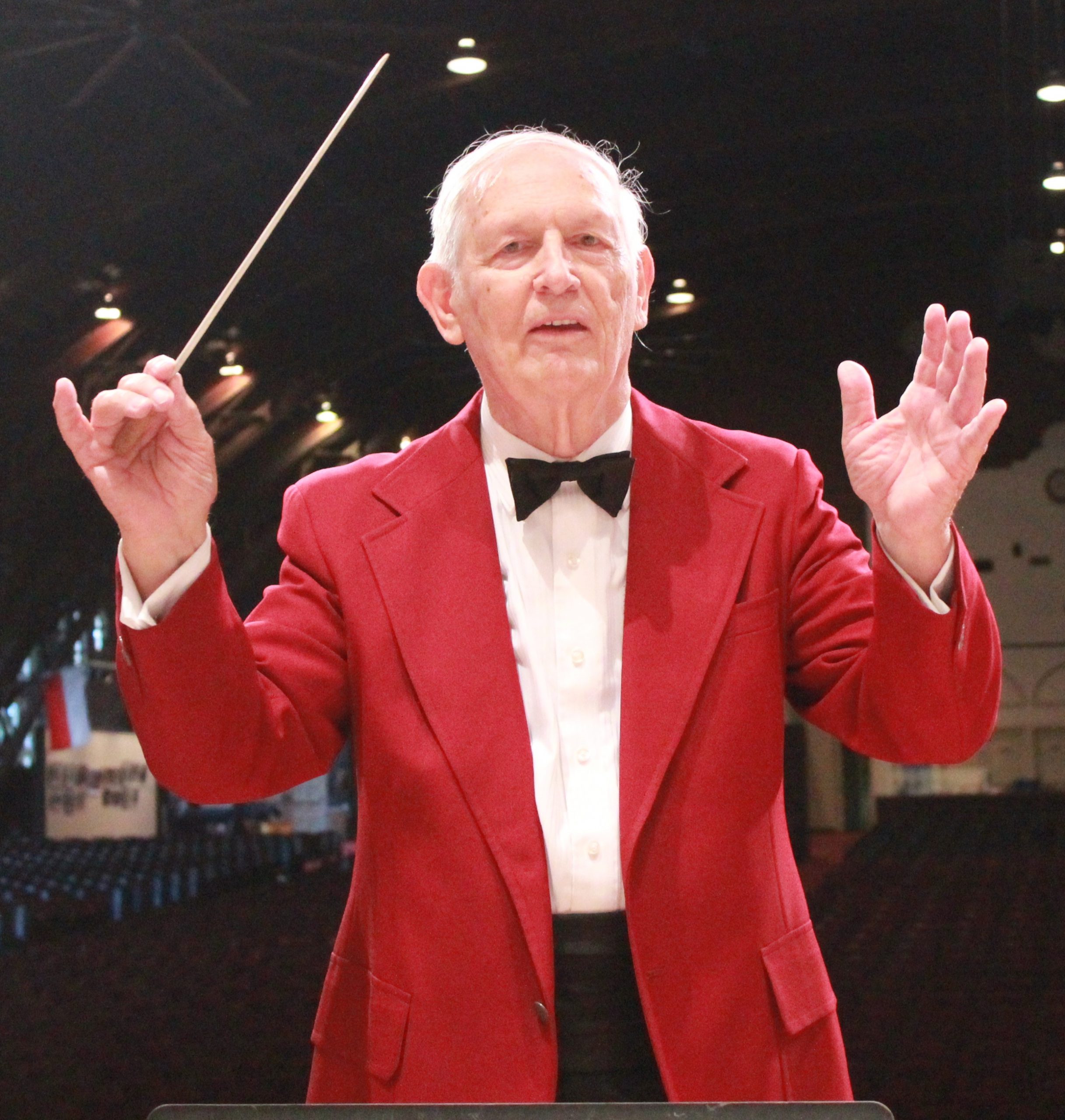 Robert L. Cronquist was at Lakeside this past May to complete preparations, which he began in the fall, for the 52nd season of the Lakeside Symphony Orchestra (LSO).

This will be Cronquist’s 45th year as Music Director of the LSO – a position that also includes managing the business side of the orchestra, an institution which Shirley Stary, senior vice president of Programming, calls a “crown jewel” of Lakeside’s programming.

In honor of his 45th year, a celebration of his time with the orchestra will take place during the opening night reception.

Lakesiders are encouraged to continue to support the symphony orchestra to ensure future generations will benefit from its artistic contributions.

Cronquist came to Lakeside in 1970. As the Director of the Mansfield Symphony at that time, he heard that William Penny Hacker (the founder and first conductor of the LSO) had left suddenly.

Cronquist took over the leadership of the LSO with a vision of reorganizing the orchestra and taking it from just a “festival” orchestra to a fully professional symphony in the broadest sense.

He wanted to not only present orchestral concerts but also to expand the programming to include ballet, opera and oratorio — broadening the cultural experiences of the Lakeside audiences.

Throughout his 45 years with the LSO, he has done just that by presenting an annual ballet program, as well as opera and choral works featuring world class dancers and singers and internationally recognized artists.

With the help of a dedicated admin­istration and a core group of talented musicians, he has built an ensemble of players from across the country.

The orchestra has a very tight sched­ule of daily rehearsals for eight concerts in four weeks presenting 40-50 differ­ent works.

“You have to treat this orchestra differently that you’d treat an orches­tra during the winter months,” he said. “This schedule is especially demanding with two totally different preparations per week.”

While he has the highest standards of performance, Cronquist wants the musicians to enjoy their stay at Lake­side. Some bring their families and take advantage of all that Lakeside has to offer.

Kathie Bracey, who has played harp in the orchestra since 1964, said he knows “just how much pressure” to put on the musicians to have them play their best.

“Cronquist is a perfect fit for Lake­side,” Bracey said. “He understands Lakeside, he understands musicians and everyone seems to get along quite well.”

“He demands a lot,” said Benjamin Keller, a LSO viola player. “…even though the overall atmosphere is laid back, he still wants high caliber.”

The musicians love playing for Cronquist and return year after year, seldom leaving open spots. When a new player comes into the orchestra, such as Keller, who started with the orchestra in 2014, he helps them adjust to playing with the group.

That understanding extends to how Cronquist engages audiences. For each piece the orchestra performs, Stary said, he tells them “what he knows about the composition, the composer (or about) when he saw Leonard Bernstein con­duct it.”

In the off-season, Cronquist con­ducts the historic Cleveland Women’s Orchestra (CWO), where he celebrated another big milestone — this season was his 25th there, and the group’s 80th overall.

He recently was recognized for his substantial contributions to the “arts” in northeast Ohio with his induction into the Cleveland Heights High School 35th Distinguished Alumni Hall of Fame, a group of 350 CHHS graduates with exceptional achievements.

Though he has been conducting for 63 years, Cronquist said he has “no rea­son to slow down.” He is already mak­ing plans for the CWO’s 81st season, and wants to organize a smaller opera ensemble to tour historic opera theaters around Ohio.

“He is like the Energizer bunny, who just never, never stops,” Stary said. “… It is amazing to me how much that one man still does to allow our operation to continue year to year.” 5 Ideas to Spread Some Lakeside Love this Valentine’s Day