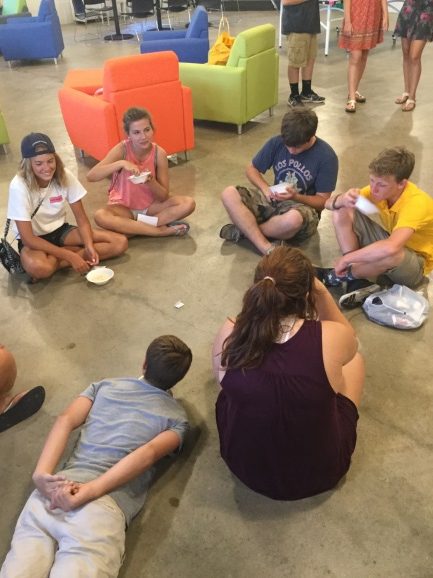 Throughout the week, they were awarded points based on participation in a variety of events. Monday was titled, “Inspiring Lakeside,” in which teens wrote notes that encouraged and uplifted those who found them tucked away in special locations throughout Lakeside.

Tuesday was “Lakeside Gear Day,” where teens were encouraged to wear articles of clothing that represented Lakeside.

Backyard games took over on Wednesday evening. On Thursday, the Teen Center collaborated with the Education Department to host speaker Kristi Hoffman. Hoffman, is the CEO/Founder of Total Package Global, a leading professional and personal development corporation. While at Lakeside, she spoke to 15 teens about confidence and leadership.

A “Poverty Dinner” on Friday evening was the perfect way to wrap up the week. For the dinner, each participant received a notecard that outlined specific demographics and indicated an economic class. 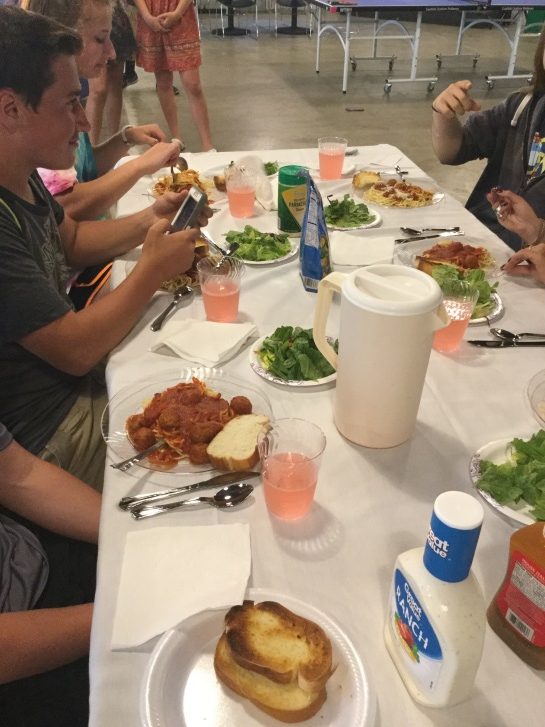 Before the dinner, Teen Leader Samantha Rydzinski led a brief discussion on different economic classes and the impact they have on our most basic daily practices, especially with food.

The main objective of this activity was to raise awareness about poverty and to see how the teens would react to the dinner. They realized there was enough food to go around if they shared their meals.

After the activity, one participant said the experience made her realize how fortunate she was, and other participants agreed. Overall, the teens enjoyed the activity and “Lakeside Spirit Week.”

For more information about the Teen Center, stop by the Lower Pavilion Room follow us on Twitter at www.twitter.com/undergroundlksd.

From Recovery to the Raccoon Run