The Maders Have Just Made a Difference 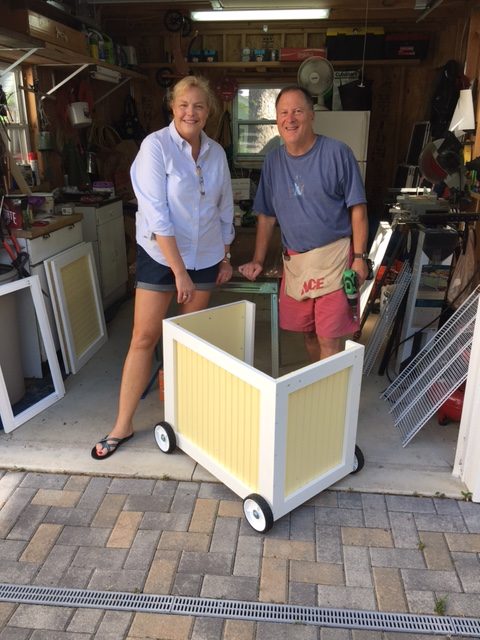 For almost 20 years, Karen and Lee Mader have been building a better Lakeside, starting in their cottage.

The two rediscovered Lakeside on a visit with their friends who own a cottage on the grounds. They fell in love immediately – Karen could hardly believe a place like this existed in Ohio.

Summer after summer, they came back and rented cottages with their kids who played tennis almost every day and participated in just about every other program in the Chautauqua experience.

Years later, the Maders found a cottage – it needed some love, but they were up to the task. In about a year, the two totally renovated the old preacher’s home.

They reused what they could from the weary house and added on a front section. Lee, a woodworker, put in wood floors, trim and even made all the doors for their cottage, with help from Karen.

Since then, both have been strong supporters of Lakeside. Karen sits on the Lakeside Chautauqua Foundation Board while Lee is part of the Pool & Wellness Campaign Leadership Team.

Their most recent help, however, has been with the Pool & Wellness Campaign. The popular lemonade stands, that children are using to raise money for the Pool & Wellness Center, were built and donated by Lee. More than that, the Maders are financial supporters of the campaign.

One of many reasons they choose to do so is the current state of Lake Erie. Since Lee first came to Lakeside in the 1960s, the lake’s condition has been up and down, and he knows there won’t be a quick fix to the problem. Families come to Lakeside with expectations, the Maders say, and without any swimming, their expectations won’t be met.

Further emphasizing the impact the project will have, the Maders talk about friends who claim the only reason they don’t return to Lakeside is the absence of a pool.

Simply put, Lee and Karen are impressed that “the campaign meets expectations from 1 to 95-year-olds.” It’s something everyone can take advantage of.

For these reasons and more, the Maders made their donation to the Pool & Wellness Campaign, but not just any gift. They tell me it is one of the largest donations they have made to anything, and in talking to them, it’s clear to see why. These two truly have a passion for building up and improving great things and turning them into something more.

Thank you Lee and Karen for your support, encouragement and passion for Lakeside Chautauqua. Preacher of the Week: The Rev. Laurie Haller