‘Chautauqua’ represents a community that welcomes all people to gather and participate in lifelong learning opportunities through four pillars: religion, education, cultural arts and recreation.

Established in 1873, Lakeside was among the first communities founded as part of the Chautauqua Movement in North America, a cultural and educational movement that flourished during the 19th and 20th centuries.

Some consider it the first form of mass culture in North America. Theodore Roosevelt hailed it as “the most American thing in America.” Scholars credit it with sowing the seeds of liberal thought in the U.S. and Canada.

At the height of its existence, the Chautauqua Movement attracted millions to hear preachers, educators, explorers, scientists, politicians and entertainers.

The movement had declined by the mid-1930s. Most historians cite the rise of the car, culture, radio and movies as the causes.

The movement is now experiencing a renaissance. People are discovering that lifelong learning is one of the keys to living a happy, fulfilling life.

The Chautauqua Movement holds a respected place in North American history, and Lakeside Chautauqua remains a leader of this cultural phenomenon.

Return to The Front Porch frequently to take a virtual journey with us this summer as we share stories of our fellow Chautauqua communities along the trail. 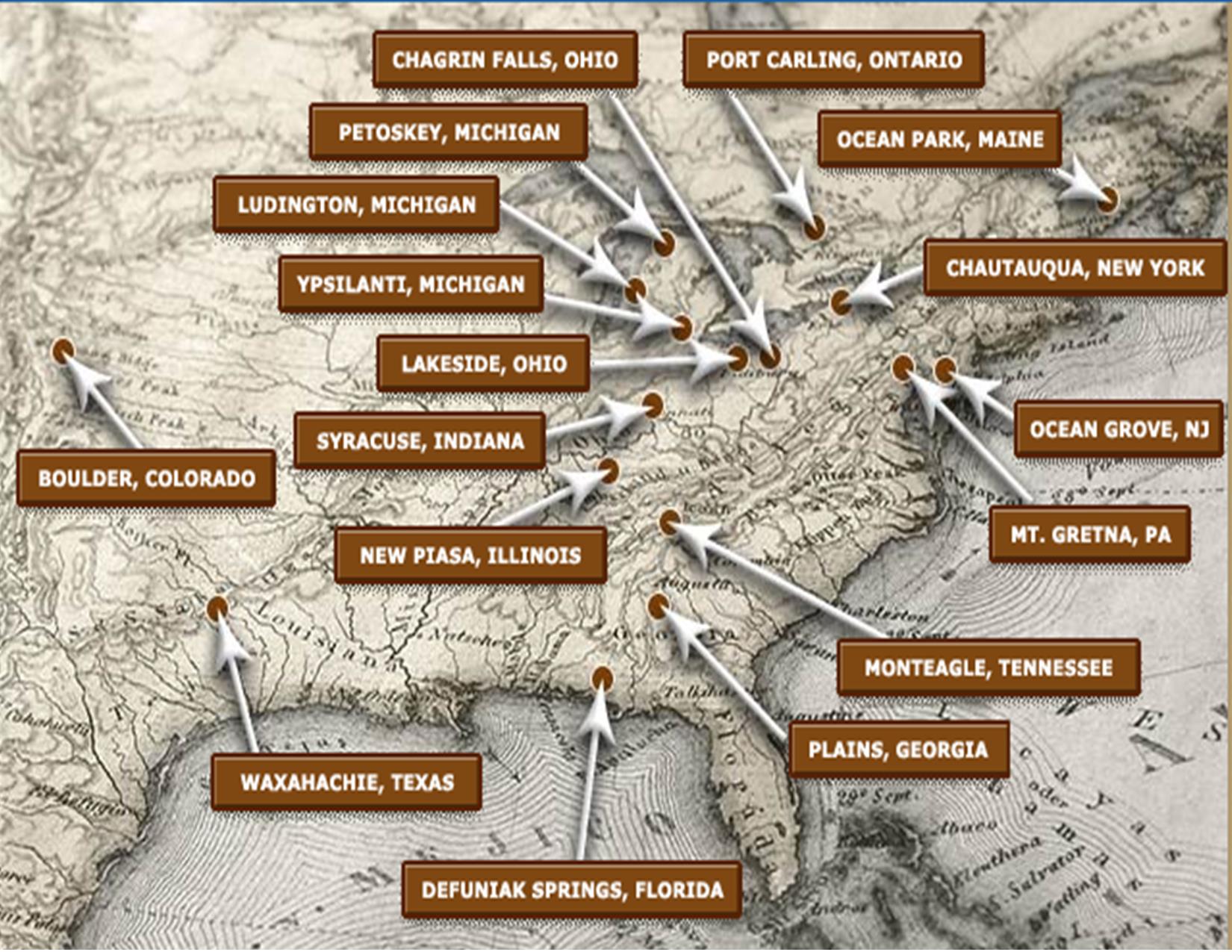 We invite you to visit our fellow Chautauqua sister communities this summer:

Join our Front Porch conversation! Have you visited other Chautauqua communities? Which has been your favorite and why? Tell us in the comments below.

Connect with your Lakeside friends through a Virtual Social!

A Sense of Place