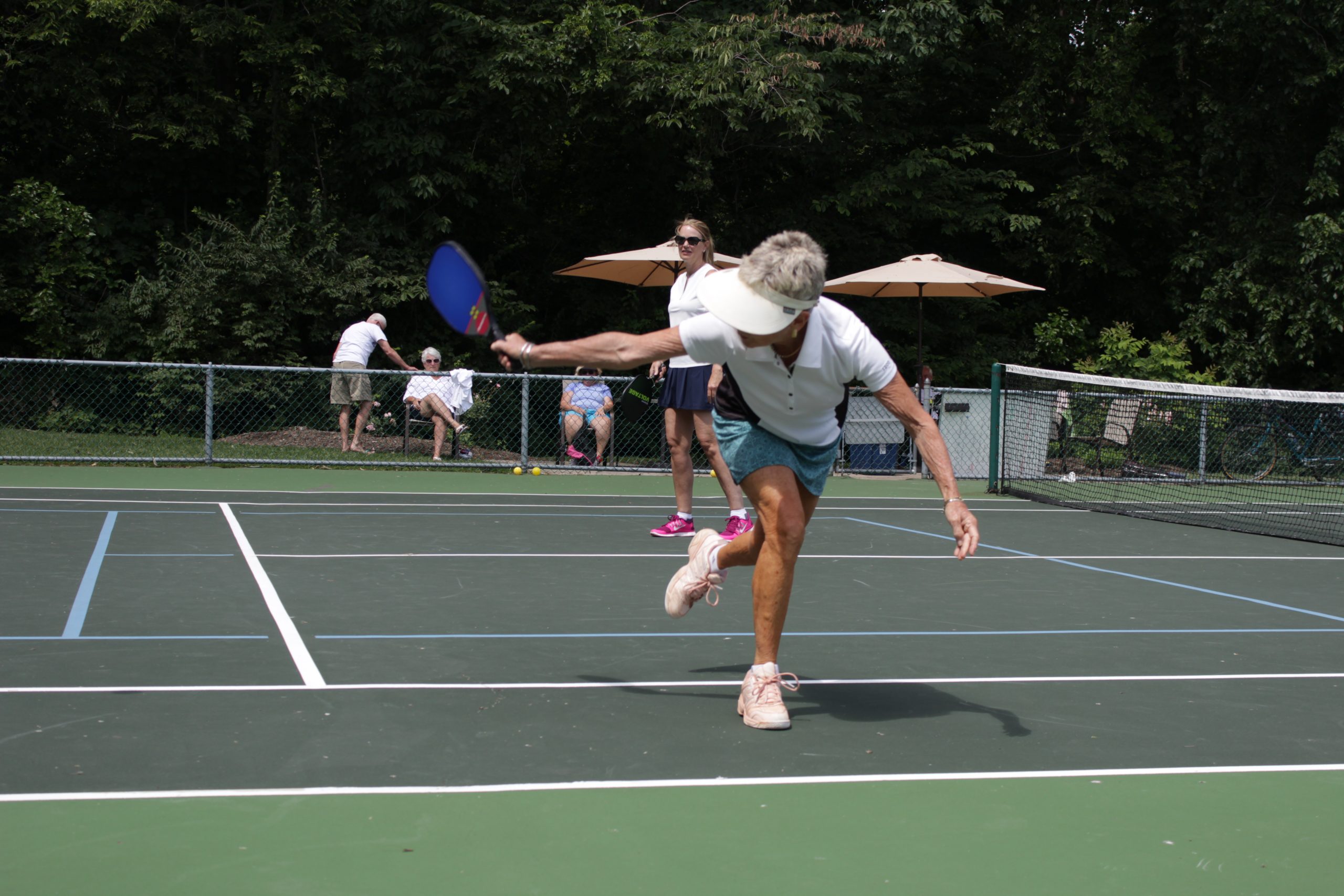 Pickleball, a game that combines elements of tennis, badminton and ping-pong, has become a trending sport in Lakeside and around the country in recent years, resulting in the Lakeside Chautauqua Board of Directors approving a plan to build eight dedicated pickleball courts south of the Williams Tennis Campus. Given the simple rules and the accessibility for all ages and skill levels, it’s no wonder that it’s become such a popular Lakeside sport.

“Pickleball is all the things we love about Lakeside,” said Pickleball Taskforce member and enthusiast Tom Jones. “Children, parents and grandparents can all play on the same court. It’s fast moving and good exercise, but not too fast or stressful on joints. People with athletic backgrounds love pickleball, but so do those who have never played a sport. You can come and play for just 30 minutes or as long as two hours with rest and conversation in between games.” 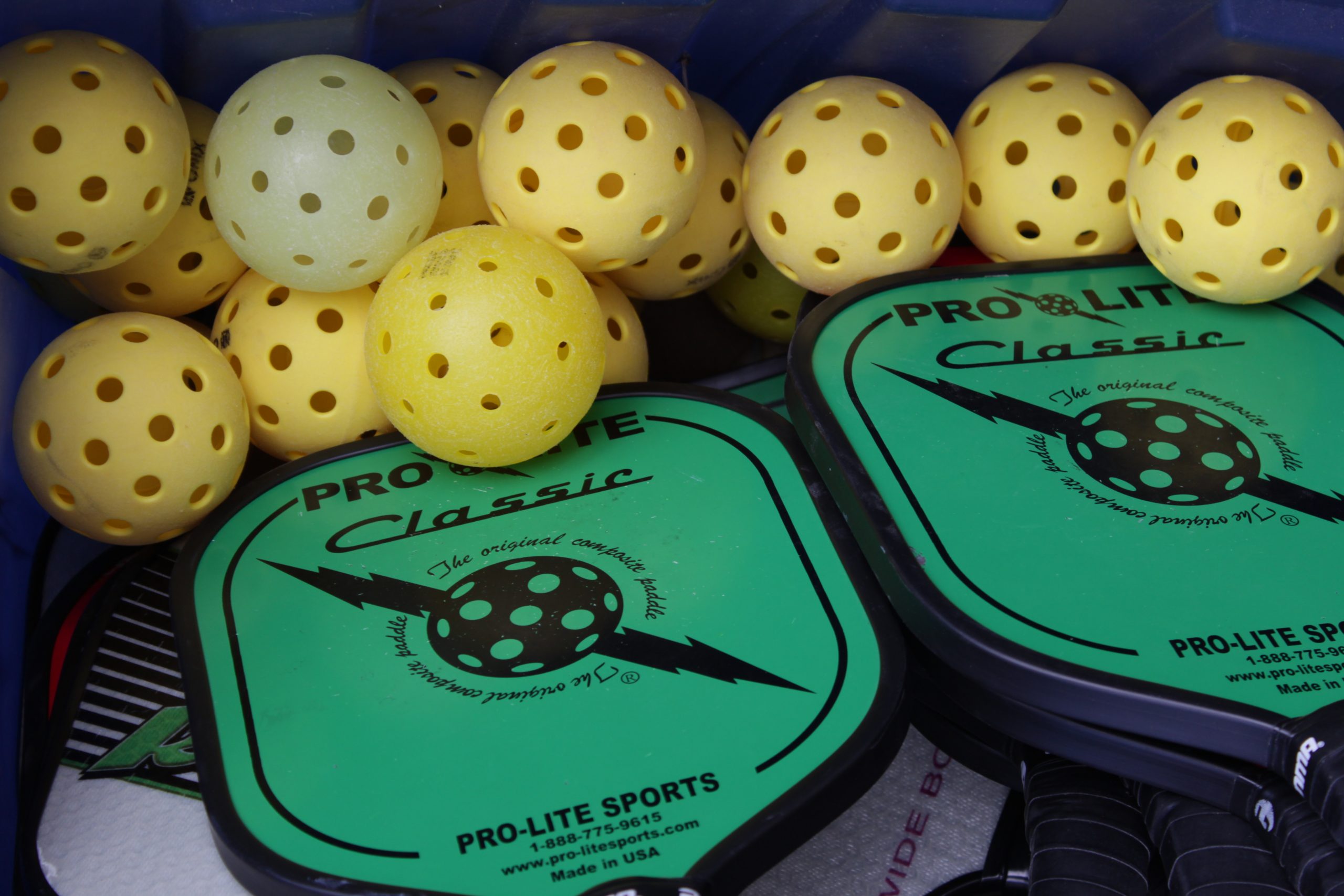 The family-friendly nature of the game comes from the fact that it was designed by a family for their own family in 1965. The purpose was to give all ages an activity to participate in, and the name came from the family dog, Pickles, who loved to chase down the stray balls.

For those Lakesiders who haven’t had the chance of enjoying the game yet, here is a quick summary of how it works, according to the USA Pickleball Association (USAPA) and the International Federation of Pickleball (IFP).

Pickleball can be played with two teams of two people, or two single players, either indoors or outdoors on a badminton-sized court (20 x 44 feet), with a low tennis net in the middle, dividing the court into two 20 x 22 feet areas for each team or single player. The game is played with a solid paddle, similar to a ping-pong paddle, and a ball with holes, similar to a whiffle ball. The court is striped, similar to a tennis court with right and left service courts and a 7-foot non-volley zone in front of the net. A pickleball game is played to 11 points, and a win must be by two points. 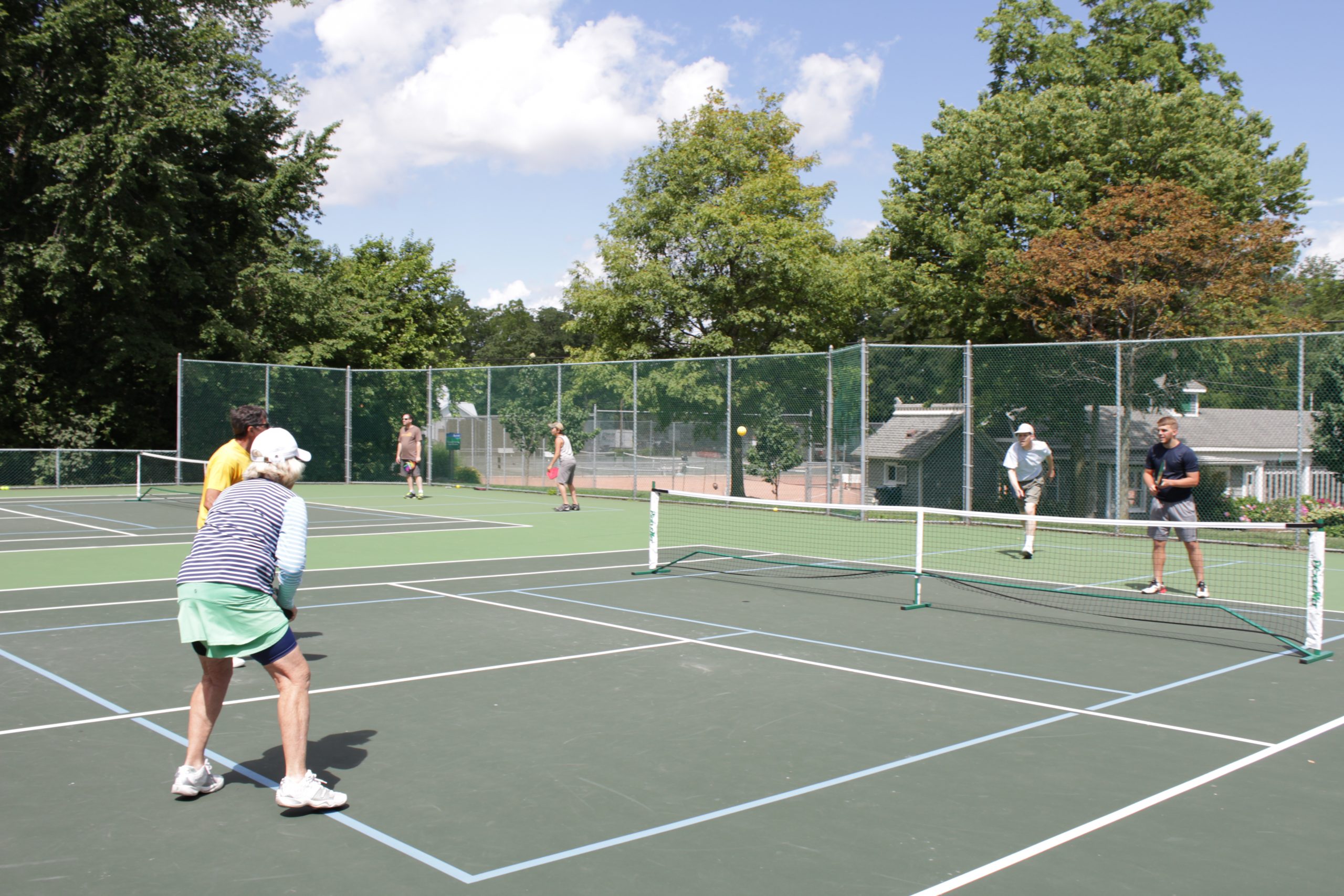 Like any amazing Lakeside pastime, a hallmark of this game is that it’s fun for all ages and skill levels; it’s intergenerational. Compared to tennis, it has a lighter ball, a smaller court and cheaper equipment. This means that rounds can last a lot longer, and getting started in the sport is easier.

“The eight new pickleball courts will provide a wonderful new environment for many more Lakesiders to learn, play, socialize and enjoy one of the best overall movement activities ever created,” said taskforce member Margie Shade. “We are creating a culture of engagement and enjoyment for all.”

If you’re intrigued and interested in learning more about the game of pickleball, here are some resources for you to explore:

Pickleball Rules of the Game: A Beginner’s Guide The Perks of being a Young Lakesider